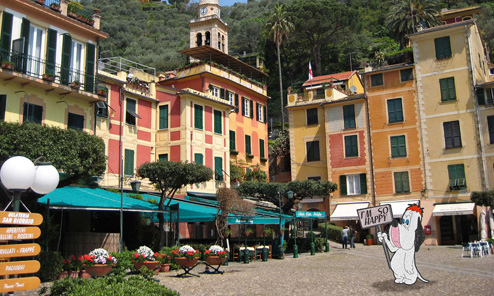 After a long but uneventful pair of flights home after our last, emotional day in Genoa, we were back to reality.

The kids were ecstatic, but of course more interested in “what’d you bring us?!” than in greeting us.  Somehow, they can sniff out presents – separating out our own souvenirs from those destined for them – with the unerring accuracy of seasoned drug enforcement canine professionals.

Maezi is immediately on the scent

But it is always Auggie who gets there first

Got it!  Maezi wonders if there’s anything for her

…which didn’t last long.  Auggie of course had to swap, and protected his ill-gotten gains for the rest of the day.

Shortly after our inspection of Taraffo’s personal harp guitar housed in the Paganini Conservatory, the Director accepted Franco’s suggestion and generous offer to have Antonello Saccu build a recreation of the original stand so that the instrument could be permanently displayed.  Antonello got to work immediately (remember that he had already built one similar for Beppe Gambetta).

The project has since been completed – on January 14, 2011, Franco (right) presented it to director Patrizia Conti as a gift to the Conservatory.  History is ensured!

Back to our timeline…

After the Genoa newspaper account was published, some of Franco’s friends from outside the area were motivated to contribute to our cause.  Manliuccio Gabba sent photos of his instrument, marked “Tullio Giulietti, Milano 15/12/1918”.

Hard to know what is original on the bass extension, as there are 2 friction peg tuners that match the main head, plus 3 geared tuners for a total of 5 basses.

The bridge has 5 spots for the basses, but the bridge could be non-original.  Someone also thought to be clever and added a 7th geared tuner to the main neck to double the high E string (with a pair, like a mandolin).  You can see the slots in the bridge.

The Cagetti family (owner of Rinaldo Taraffo’s Gazzo and stand) kindly let Franco scan this fantastic photo. It shows Pietro Taraffo with an interesting Giulietti harp guitar, unusual in having 6 bass strings, on 2 different levels (the head extension “stair-steps” to put 3 at a longer distance from the neck strings, and then 3 longer again).  You can see that he had a missing string when the photo was taken.   We have now seen Pietro with 3 different harp guitars – 1 by Gazzo, and 2 by much better makers – Mozzani and Giulietti.  Perhaps he was more of a connoisseur than his more famous brother, as he wasn’t playing his own solo shows in huge halls?

Another exciting find came from Alberto Giordano (who you may remember from our vist to his shop):  A Candi-inspired harp guitar by previously unknown maker De Barbieri.  Alberto has generously been helping me explore acquiring it.

There was an additional find (which alert audience members at my HGG8 talk may remember) regarding Candi, which will require a separate blog (and web article) as it is of an extensive “smoking gun” nature.  Perhaps next week…

And so, we find ourselves at the end of our incredible harp guitar adventure…but one that will undoubtedly continue in many ways.  New friends have been made to help with new discoveries.  And of course, we will have to return to Genoa as soon as we are able!

As we Tex Avery fans in America say:

Missed some of the fun?  The 15-part In Search of Genoese Harp Guitars is now linked sequentially from the very beginning. 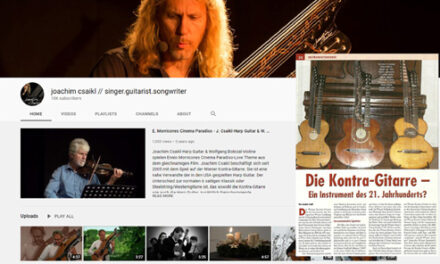 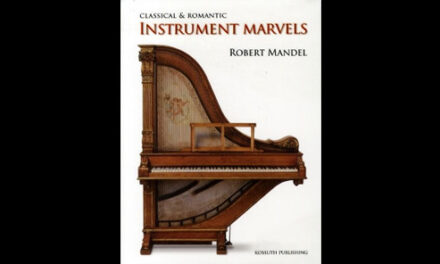 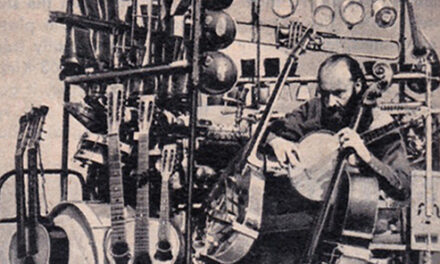