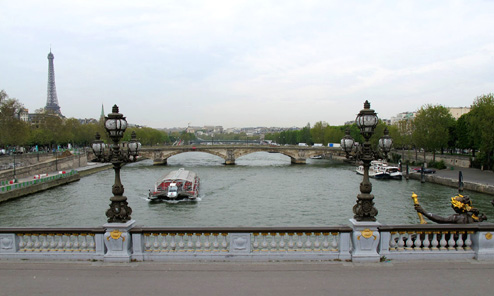 I began the quintessential tourist tour on the top of the red bus (Les Cars Rouges) early on Tuesday morning, my point of departure the Opera Quarter you saw last episode.  Though overcast and quite chilly, I wrapped up and stuck it out on the upper deck for the next 2 hours.  Following are just a few random highlights as I snapped away like the cliche foreign tourist.

Paris is simply chock full of imposingly tall monuments (statues, obelisks and such).  I now get my first glimpse of the most outrageous in the distance.

Like those of you browsing through these photos who haven’t yet been there, you just can’t appreciate the size and scope and majesty until you see it in person…so go!

We are now approaching the Seine river.  Every turn of the bus highlights a new spectacular treasure.
The corner of the 19th exhibition hall, the Grand Palais

I’m trying to take it all in, but always with camera (and zoom) at the ready.  Catching details (one of the colossal bronze corner statues by Recipon) while the bus is in constant motion (we were stopped here) is the challenge.  I love the bird posing on the wreath…

As we now drive along the front of the Grand Palais, the similarly gorgeous 1900 Petit Palais (petite?) is on the opposite side.

My head was darting back and forth so quickly, I thought I might snap my neck.

Crossing one of the several dozen bridges (each is different and unique) along the Seine, with Tower in the background and the constant tour boats winding their way up and down the river

After a few more turns, we stop at the Palais de Chaillot, with a stunning view of the Eiffel Tower.

Though it appears to be right in front of us (normal above and zoomed below), it is actually still about a third of a mile away.  It is simply ginormous.

Driving to the front of it and looking back at where we just were gives you a better idea.

By the way, I’m of course no expert, and frankly, could not begin to keep track of the names of all the places and streets we were passing.  I’ve been referring back often to my maps and guidebooks to try and locate all these photo locations.  The above so eluded me that I found a much quicker (and fun) way to retrace my steps was to use Google Maps – then Satellite map – to locate the palace square by its footprint (A = where we parked, B = Eiffel Tower) and verified by the pattern of the actual tiles we stood on (X = where the bus parked)…based on my photo evidence.

The Dome Church, which began construction for Louis XIV in 1676.

Ultimately (1861), it would house Napoleon’s body

From the rear, the dome can be seen above the Hotel des Invalides, Louis XIV impressive 1671 military hospital and veteran’s home

Driving up to the magnificent Notre Dame…here I would get out and take a few pictures, but I’ll hold off, as I went back on a much warmer, sunnier day for better shots.

Back on the next red bus, I soon found myself back where we started, at the Opera House.

I could have continued to ride the red bus and hop on and off all day (the advertised point of it all), but I had a more important quest: the world-renowned Cite de la Musique instrument museum was beckoning.  In fact, it had been taunting me since my arrival; I had asked my travel agent to look into booking a hotel somewhere in its vicinity, simply as it was one place I knew I needed to get to.  And there, from the first night it had loomed, directly kitty-corner from my hotel – talk about convenient!

Next: the musical instrument museum at Cite de la Musique! 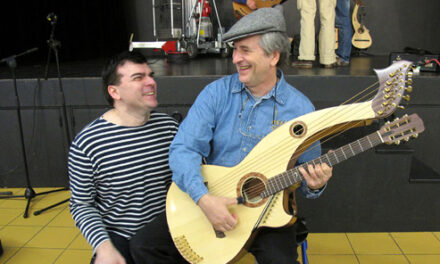 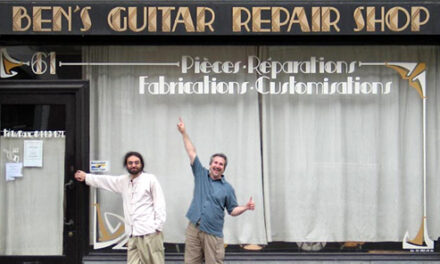 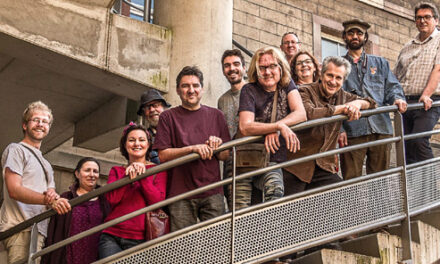