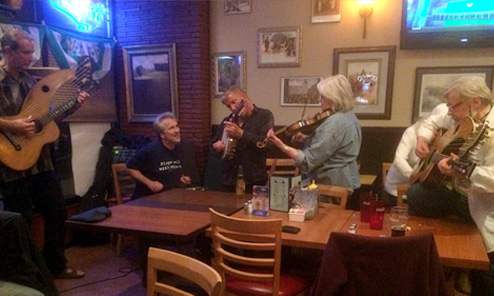 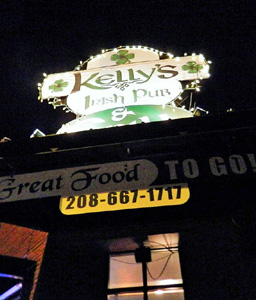 Technically, there was only one pub, but some of us did have to crawl out of it after our final closing night party.

Unlike other guitar festivals, our participants and attendees tend to form one giant extended family over the weekend, so we like to plan something where everyone can hang out together – be it back in a banquet room, a restaurant or someone’s home.

For this year, the Powell brothers (Dave and Anthony, our hosts for this year’s Gathering) chose to hold our final evening at Kelly’s Irish pub, where they play a weekly gig.   At 6 pm, the accommodating owners bravely closed the place for our private party. Staff and food were fantastic, as was the Irish Death and many other great beers on tap. We managed to all squeeze into either the back room (below) or the front room where the music happens. 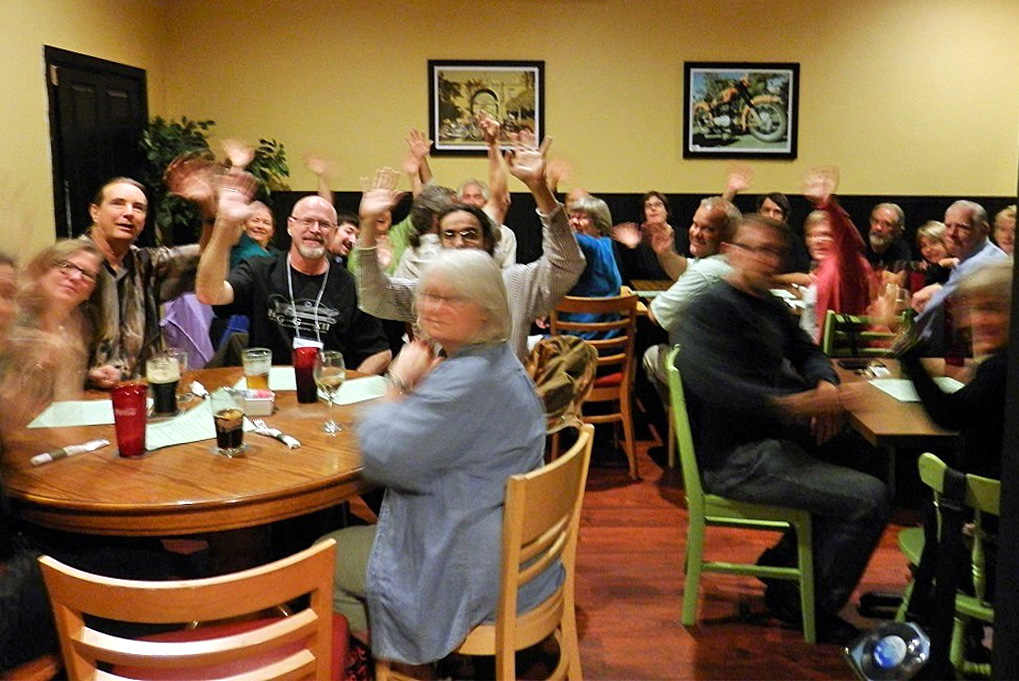 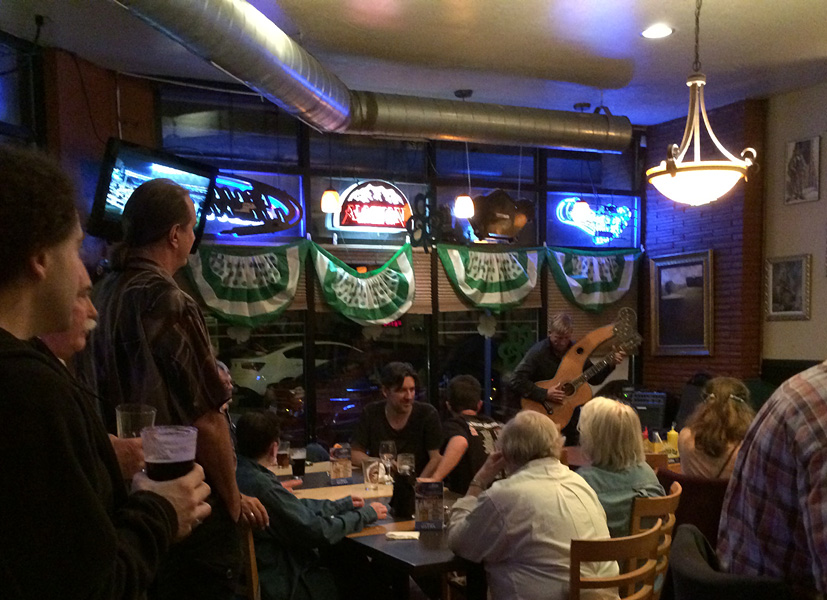 Stacy Hobbs (“Standard Stacy” in lieu of “Steampunk Stace”) was first to plug in and provide free entertainment. 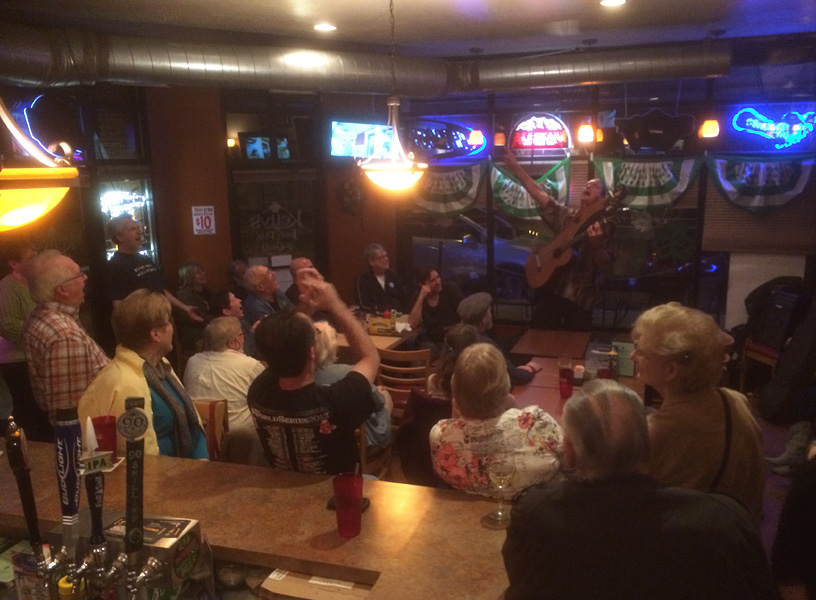 Later on, master entertainer Andy Wahlberg held court for a while (yes, introducing some new folks to the immortal “Cows with Guns”). 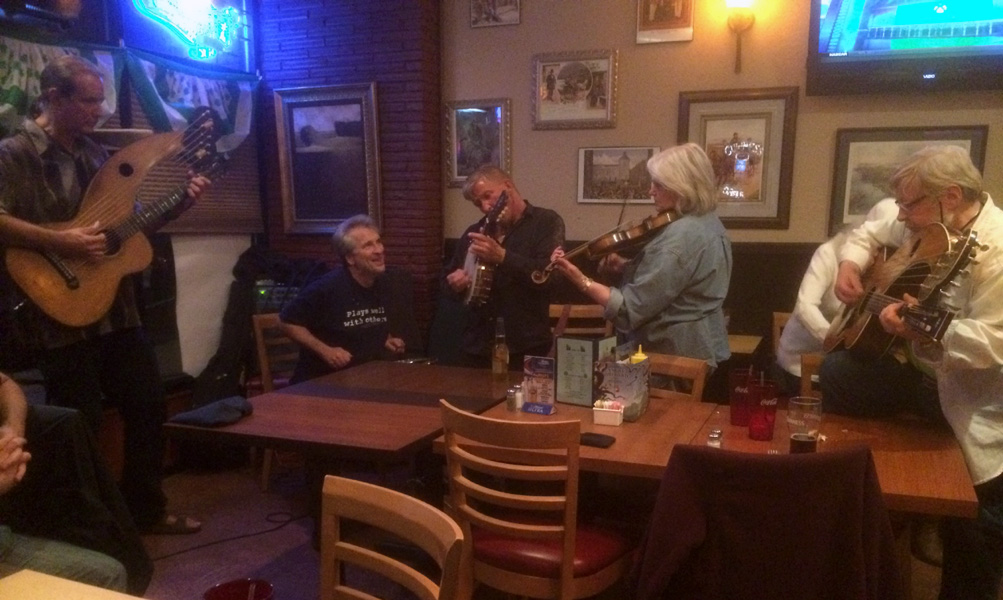 Some of us were getting antsy to join in, so Ed Dowling tossed me his snare while he beat on its case. Stacy soon grabbed a mini-banjo from Dan Pease and we actually started to cook! (even with my zero drumming experience)  Soon Dan & Bets joined in, which always stirs things up further. 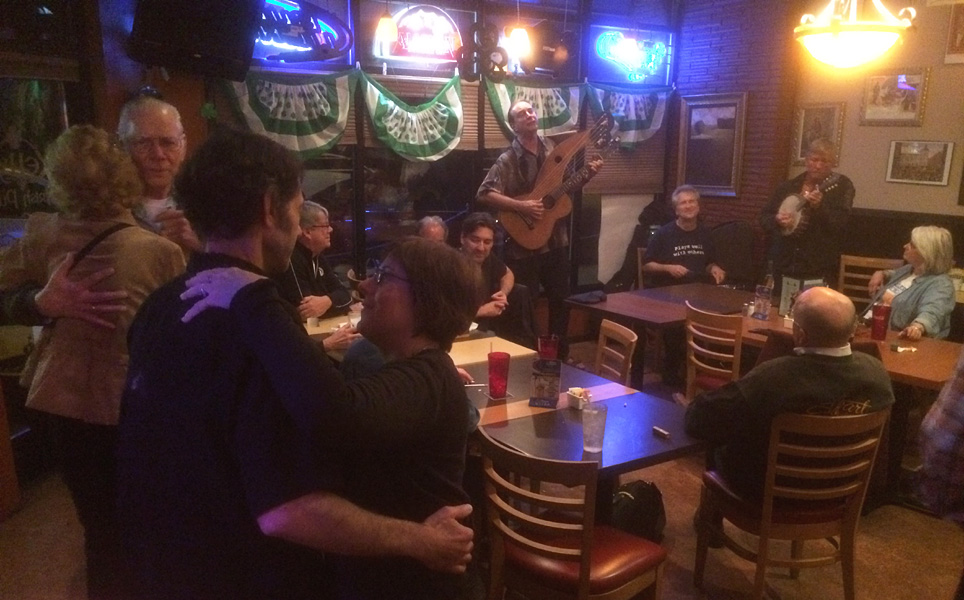 Andy even did a few dance numbers.

Kelly’s was super patient with us but eventually had to kick us out.  We all gathered for breakfast the next morning – except for those who had to grab their taxi in the middle of the night – and went through the only part of this we don’t like: the long sad goodbyes.

Morgans, Bennetts and McGillicuddys (Miner/Rohr) found themselves at Higgens Point, another spectacular hike above the lake…

…where we said our farewells to Idaho.  For now.

Thanks again to Dave and Anthony Powell for hosting and throwing a fantastic event – you guys did an amazing job!

From some first timers:

“Thank you again for your warm hospitality in Coeur d’Alene.  I truly enjoyed myself – felt like it was the best thing I did for myself and my craft in a while.” – John Littel, Washington luthier

“We had a fantastic time, it was the most supportive and encouraging guitar festival either of us have been to – I wish they were all more like the Harp Guitar Gathering!” – Jon Mendle, Featured Performer

See you next year in North Carolina! 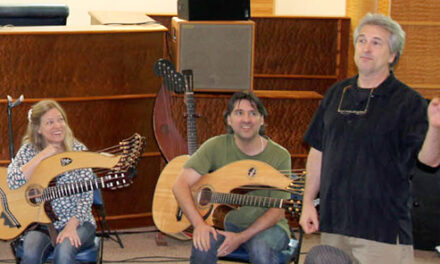 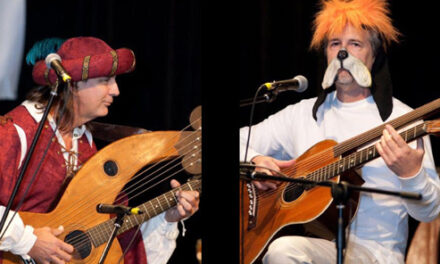 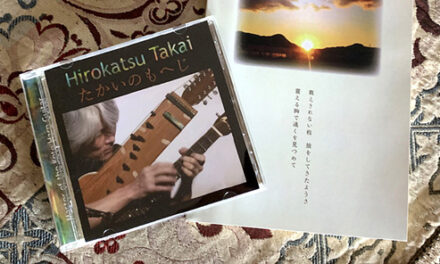