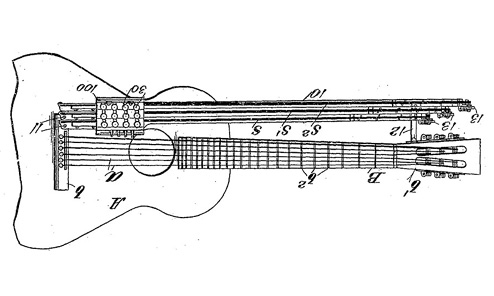 Here is the “last” (?) recently-unearthed harp guitar patent I mentioned last month, which roving reporter Nate Blaustein found for us by digging into the new Patent search engines again.  And I’ll wager it’s not the only remaining one.  As I predicted earlier, this one took some time to figure out!

The inventor this time is not unknown to us: Nicola Turturro, of New York, who also patented his own beautiful mandolira, but also gave us the infamous “Turturro Turn-over” – a hilarious double-sided mandolin/ukulele, and one of the missing items in my otherwise chock-full museum of the unusual.

It took nearly four years before this strange patent was granted, and I can see why.  It must have taken that long for a team of genius mechanical engineers to agree that the invention could theoretically work.   Unfortunately, it doesn’t look like anyone actually musical was consulted during that time (beyond the madcap Turturro, himself).

The invention consists of a device – a very complex and undoubtedly heavy and certainly noisy device – that one bolts to a standard guitar in order to magically transform it into a fully adjustable chromatic harp guitar.

We’ve seen harp attachments before, but this one takes the cake!  The 3 sub-bass strings are contained within the contraption itself, and lord only knows how their sound would have transmitted to the actual instrument.

First up is the ingenious chromatic pitch-changing device.  Turturro takes a couple of pages to explain to us the mechanism that changes the pitch of the strings: a series of cams, levers, lugs, etc that engage a pincher-like device to clamp the string.

Then another page to explain the complex plucking keys (spring-loaded buttons pressed down by the thumb to strike the string from above).  All very impractical and mind-boggling.

But Turturro has thought of everything.  He next includes a page on yet another set of mechanical wizardry that allows one to adjust the height of each string striker in order to vary the volume.  But what about sustain?  Well, he goes into a page about the damping mechanism linkage that automatically dampens the string upon release.  But what if you want sustain?  No problem – the dampers can be defeated at will with yet another apparatus!

Now surely if you had a sustained note ringing when the clampers released, you’d hear the pitch change to the open note?  No! – still another complex set of cogs, levers, cams, you-name-it is incorporated to automatically keep the string clamped until the next note is played or damper engaged.

Finally, it is revealed (I think) that all of this will happen more or less simultaneously when a single bass note’s button is depressed.  In other words, the string will be clamped to provide the appropriate chromatic note just as/before it is struck.  All those other damp/don’t damp choices are apparently done on the fly with more levers.

I have to admit: Turturro – in his full 11 pages of illustrations and text – has literally applied and automated every possible scenario one would require for all their sub-bass string-plucking needs, in a Frankenstein-ed, Rube Goldberg rat’s nest of insanely complicated machined and assembled parts.  Seriously – you have to open up the PDF just to take a look at the 23 Figures of mad mechanical genius.

He forgot just a couple key points.  It has to make music.  Where is the tone coming from?  Wouldn’t we hear just the weird metallic resonance of an unplugged electric bass guitar?   And wouldn’t even that tone be covered up by all the moving metal parts, engaging and disengaging and sounding like some giant Typewriter from Hell? 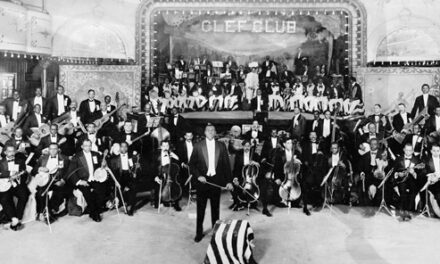 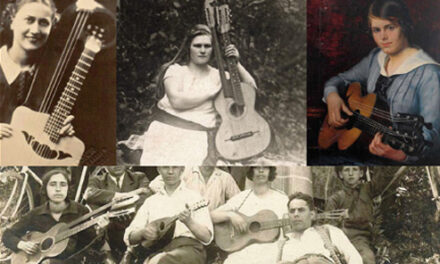 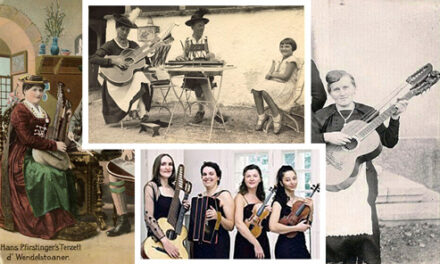