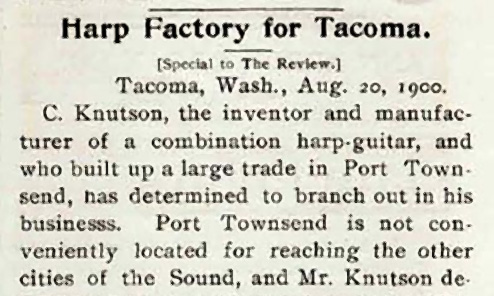 While I’m on the subject, here’s an old scoop that I have yet to add to the Knutsen Archives, so it will be new to all who didn’t see my presentation at HGG7 in Virginia 2 years ago, where I slipped it in.

I found this in a search for the misspelling “Knutson” in the MTR Archives (remember? I asked and am still waiting for volunteers to wade through this vast untapped resource…?).

Knutsen lore always maintained that Chris did all of his own, decidedly inconsistent, work on his hundreds of instruments.  That was blown out of the water with the discovery of Otto Anderson, who built some amount of Knutsen’s first instruments.  However, we’re not sure how long Anderson stuck around, as it is known that he moved to Green Lake (part of Seattle) in 1898.

So was Chris forced to then take up building single-handedly again?

That depends on what you decide to read into this intriguing notice in the August 25, 1900 issue of The Music Trade Review:

C. Knutson, the inventor and manufacturer of a combination harp-guitar, and who built up a large trade in Port Townsend, has determined to branch out in his business.  Port Townsend is not conveniently located for reaching the other cities of the Sound, and Mr. Knutson determined to make his headquarters in Tacoma.  He has moved his entire plant to this city.
His little factory gives employment to twelve people now, and as he intends to greatly enlarge the output, the plant will soon assume much larger proportions.  He says he is far behind in his orders now and will have to work overtime to catch up.  He is having some difficulty in getting just the right position he wants, but hopes to be permanently settled soon.

What the H***?  Twelve employees in Port Townsend?

So what does it mean?  Did he really have a dozen workers helping out with the building?  I suppose it’s not impossible.  In fact, the more hands helping out, the more it might explain the random levels of quality we see from instrument to instrument, and even within the same instrument.  So far, we’ve yet to uncover anything but the possibility that Knutsen may have utilized his family members, just as Otto Anderson did his (The Anderson family letters describe Otto’s daughters helping him by “jumping on the boards to drive the [woodworking] machines.”).  If Anderson planned to join Knutsen in Tacoma, the count of family members between them would have totaled 9 (including Chris, himself) – and I can see Knutsen stretching the definition of “employees.”  But Anderson had already left for Green Bay, a part of Seattle (where he might have renewed some relationship, though we think not).

Noe & Most, the authors of the Knutsen book described how Knutsen moved to Tacoma sometime in 1900, with the new railroad terminus smack dab where he could take advantage of it (getting his instruments to the Dyer store in St. Paul one obvious outcome).   The ability to reach the “other cities of the Sound” was a similar no-brainer, and Knutsen relative Jean Findlay herself helps detail the world of the Puget Sound steamboats (some of which certainly carried our own Chris around with his harp guitar wares) in the book, The Mosquito Fleet of South Puget Sound.

Later, Tom Noe told me he imagined the Tacoma move taking place in the summer, while the girls were out of school.  This new article, dispatched on August 20, 1900, implies that Knutsen had indeed already established his headquarters there.  Interestingly, it closes with the (rather negative) admission that Knutsen was “having some difficulty in getting just the right position” and that he wasn’t quite settled permanently.  This should not surprise us – Knutsen had 3 known addresses in Tacoma (listed in 1901, 1903 & 1905), as given by Noe & Most.  The location this article refers to may have been the first of those ( 1001 South J. Street), or perhaps this was a fourth (chronologically first), unrecorded address.

Regardless, Noe & Most found that Knutsen’s home and business addresses were invariably the same, so the “Factory” producing the harp guitars was almost certainly a small, first floor of this new residence.

Do I picture a professional team of a dozen seasoned luthiers in a tight assembly line jammed into this space?  Not really.  I tend to envision Knutsen himself, woodchips flying, as family members and friends are put to whatever use he can find.

Either way, there is more story here.  The Knutsen mystery never ends. 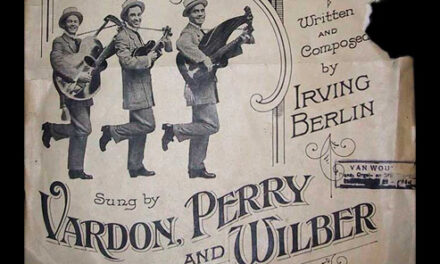 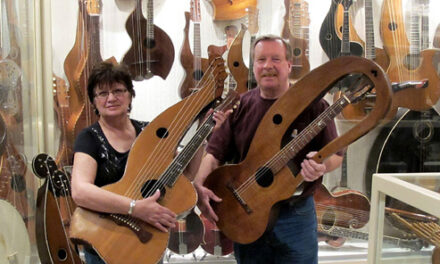