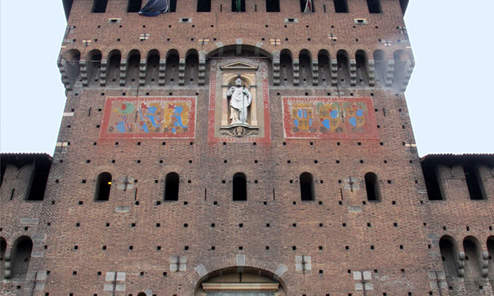 OK, we’re packing a lot in on this second day in Milan: first Duomo, then more general sightseeing as we slowly make our way to our key destination, Sforza Castle.

But first, a quick stop in the separate Museum of Historical Fashion & Costume, full of period art and costumes.  Jaci was allowed to take photos here and did so, capturing all the costumes, some in great detail.  Here’s a sample of some of my favorite of Jaci’s photos, especially where items are displayed in rooms meant to evoke the period:

The castle makes a nice skyline as one approaches.  I stitched 3 photos together to capture the expanse.  Like most everything we try to photograph, it’s way bigger than it looks.

Of course, any tourist spot attracts numerous street artists and vendors  – numerous sketch artists, the obligatory mime (did Milan not get the memo on mimes being cliché and passé?  I swear I saw more in our 3 days in this city than in the States throughout the entire ‘70’s…).

This enterprising soul was making vegetable carvings, a dying art, I’m sure.

Jaci made a donation and got a charming carrot bird, with a tiny eye from a seed or something.

OK, time to go in. Castello Sforzesco was/is a castle/stronghold of the 14th-15th century that was partially demolished in 1450, then rebuilt by Francesco Sforza (the new lord of the city), becoming then one of the most sumptuous courts of Europe.  But soon it next served as an army barracks to a revolving door of conquering armies – the Spanish, then Austrians, then French, and then the Austrians again.   I imagine this as one long (and deadly) sitcom.  It was only with the unification of Italy in the 19th century (not until the 19th century?!) that it was again restored, given to the Milanese people, and transformed into the museum and tourist venue that it is today. Collections include Archaeology/Pre-history, Art (Picture, Ancient, Decorative, Prints, Photographs), Furniture, Egyptology, and a substantial musical instrument collection that recently was increased by the addition of the wonderful Monzino collection.

Cannonballs in the old moat area.

We love hanging out in museums but didn’t get to see all they had to offer.  Jaci spent hours in the Egyptian area …

We prefer our mummies in museums, rather than in church…

…while I geeked out in the music section for a couple of hours.  This is the recent addition, the hall of the Monzino Foundation collection – unfortunately only about half the instruments, but still a huge treat.  I’ll start here next.

Next time: The Musical Instrument Collection at Castle Sforza, including Monzino hall! 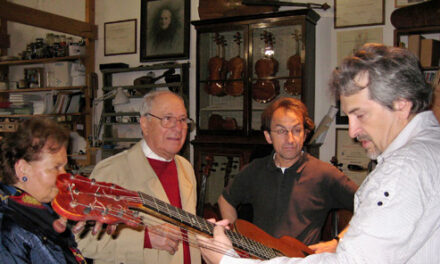 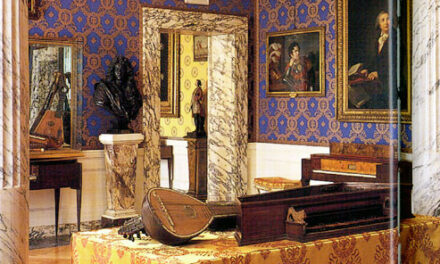 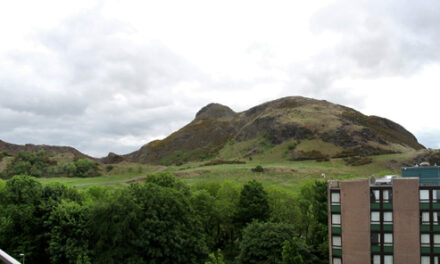