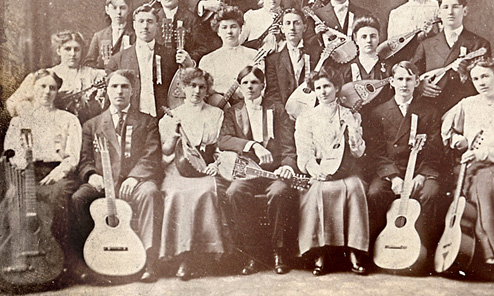 I love the almost daily reminders that my harp guitar life is completely out of control.

Case in point: I was archiving a new image (from an upcoming blog) into one of my now legion disorganized folders, where I noticed this beautiful image, all formatted and ready to go…but it never went!

It was in my own historical photograph “Masters” folders, so I apparently have the original sitting in my growing stack, but couldn’t for the life of me tell you where and when I got it (sometime in 2010, it appears).  The large cabinet card contains a wonderful Harwood harp guitar – in fact, the rare and unusual “Regal-style slab-neck bass string-attachment” model.  At the time I got this, I likely thought that it was a later Jenkins Harwood “copy” of the well-advertised Regal of c.1900…perhaps I was planning to do a bit more study before posting it? 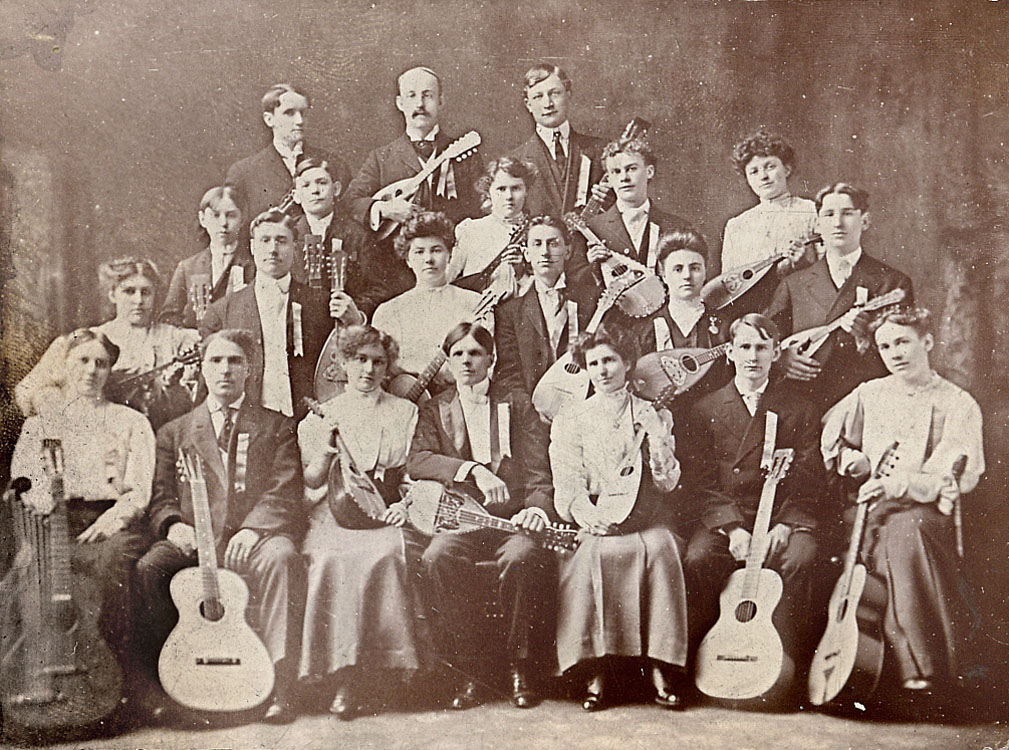 I certainly know I had pegged it as a Harwood, because I subsequently went poking through some other folders, and found – yes – another image of a group with this same model.  I had bought this one on eBay in December 2008, and had scanned and labeled it “Harwood” as well (like the above, it was undated).

Well, I must have clearly got distracted with more important harp guitar matters (recordings, Holloways, collecting, who knows?), because in the interim, the whole Harwood thing exploded, with the Fretboard Journal article about Bob Jenkins, and my blogging of a dated c.1894 photo.  As you recall, that photo included this same Harwood instrument; and so I now refer to the better-known slab-neck Regal as a “Harwood knockoff”.

The clearer image shows a basically identical specimen to that in the c.1894 photo, but seen in much better detail (note that the player has removed his first sub-bass…did it break, or was it just in his way?). The group looks like your typical 1890’s college mandolin club, location unknown.

While adding these to the Harwood page (about time, Miner!), I took the opportunity again to re-vamp just a bit, including adding all the historical images containing these instruments, and re-arranging the known specimens into “From Historical Photographs” and “Surviving” (7 per row, so far!).  Curiously – for a “normal” factory that made standard mandolins and guitars, their harp guitars show almost Knutsen-like experimentation.

Perhaps the fact that Jenkins switched from the Boston Haynes company producing them to their own Kansas City factory had something to do with this?  The timeline fits.  That, and another restlessly creative harp guitar luthier at either or both facilities (or even additional facilities?), is my bet. 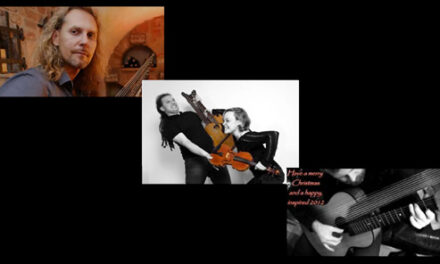 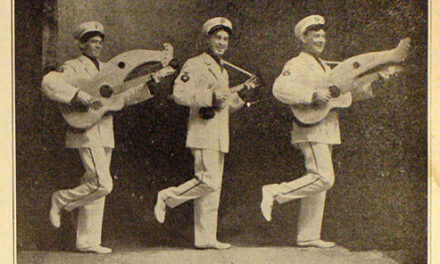 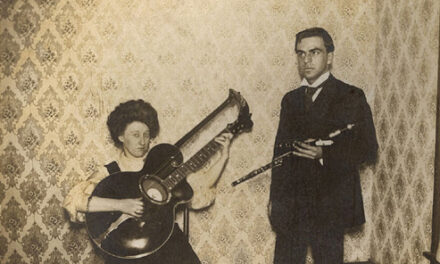