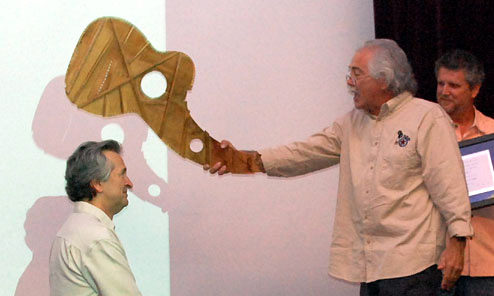 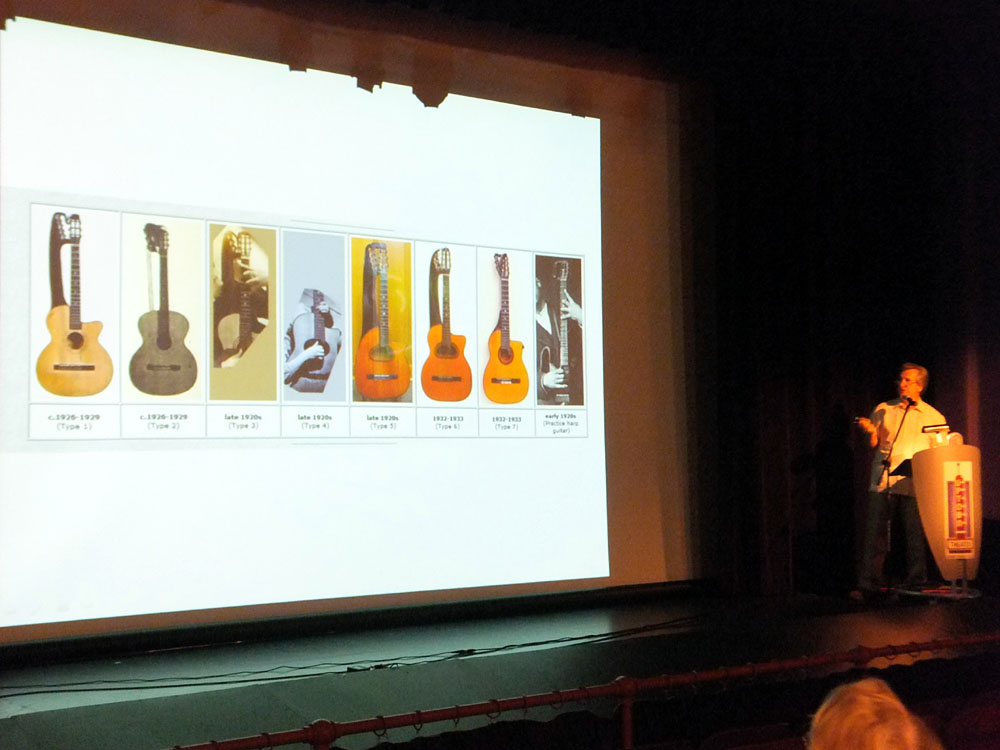 One last surprise in store, but this time I wasn’t in on the secret.  In fact, almost no one was.

After the Sunday morning workshops, I did a re-cap (at left) of Historical Harp Guitar Highlights (my first and only presentation actually given as advertised).  This ended with a slideshow of the best of the recent historical photographs, and a final caption (shown). 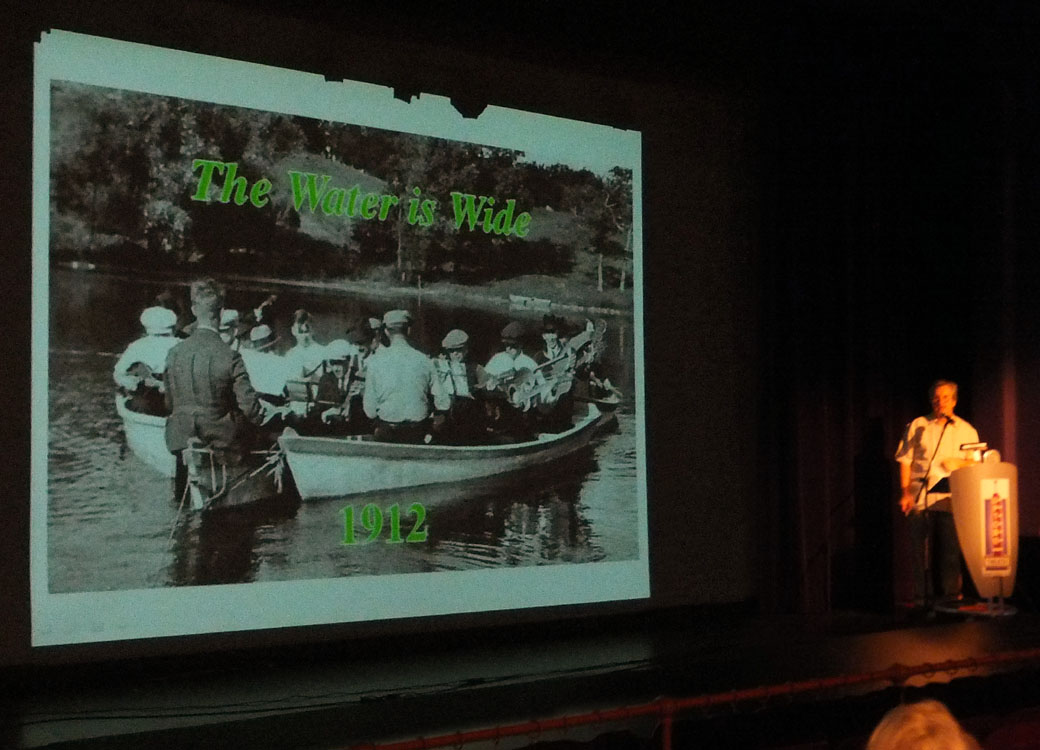 As this ended, Stephen asked me to stay.  Not just stay, but sit there and be quiet, something very difficult for me to do.  He had something up his sleeve as well, it seems. 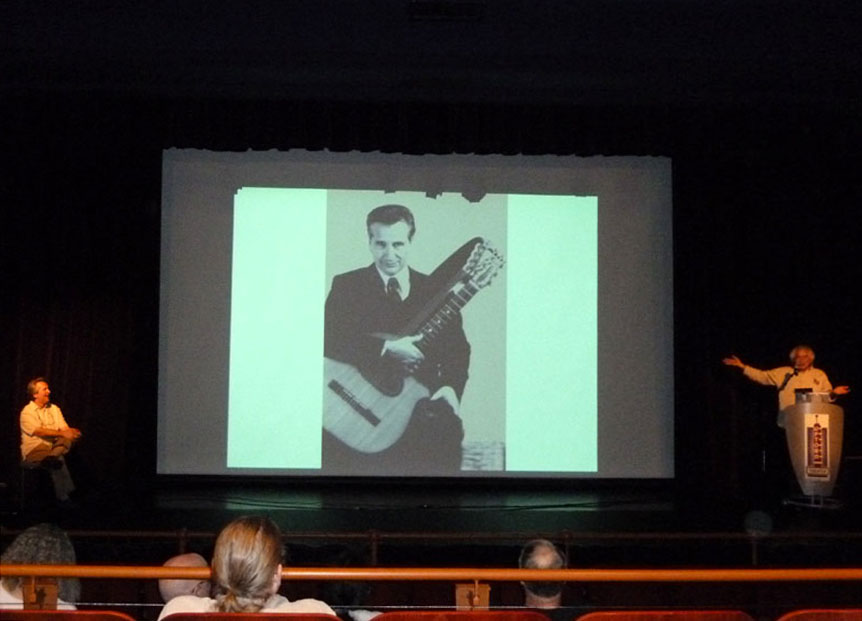 For the next 10-15 embarrassing minutes, Stephen then proceeded to go through a laptop’s worth of notes that spoke to my accomplishments in our harp guitar community.  Not just with the website(s) and Gatherings, but my organology (a new word for SB), my music (I was thrilled to see by a show of hands how many are still playing my 1995 Christmas Collection CDs every year), heck, he even mentioned my non-degree aerospace engineering position!

Anyway, used as I am to tooting my own horn, I didn’t quite know what to do with all this fawning.  I felt a bit overly-lauded over (much like SB must have for his own Saturday morning surprise tribute).

This was all just a lead-up to the main event – I was being given a new title (and official plaque to prove it)!

But first I had to be stripped of my old former one – robes, ring and all.  Stephen said it was time to retire the “pope” moniker for a number of reasons (a long list of papal transgressions followed).  Luckily I had left the outfit at home this year.

In its place, I was given a new honorific, as spelled out in the following plaque: 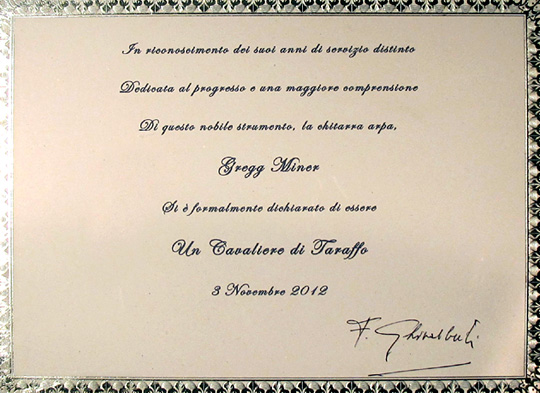 In recognition of his years of distinguished service
Dedicated to the advancement and greater understanding
Of this noble instrument, the harp guitar,
Gregg Miner is formally declared to be
A Knight of Taraffo
November 3, 2012

It was signed by Franco Ghisalberti, the one person Stephen felt qualified enough to bestow the honor.  He had sent the document to Genoa to have signed by the Taraffo expert and leading proponent of the harp guitar cause. 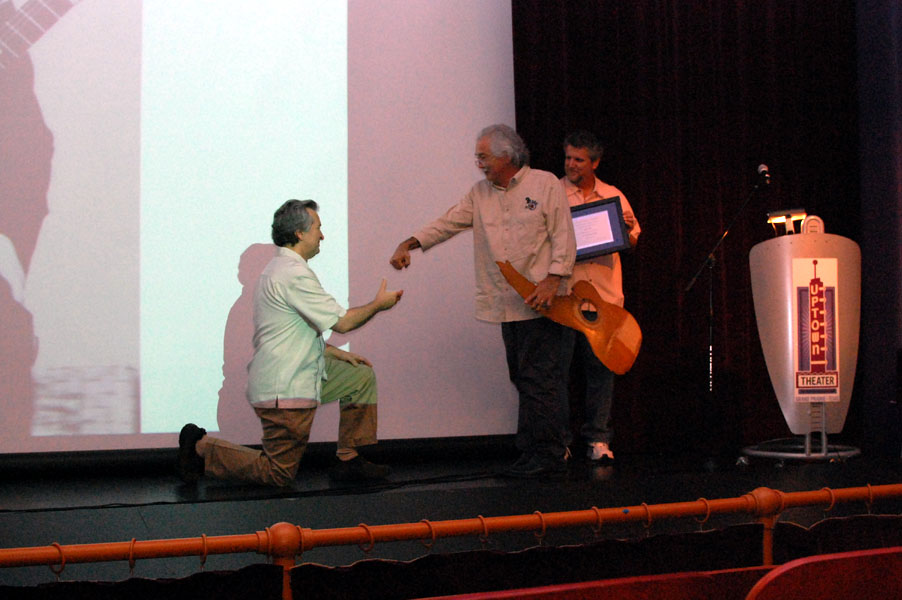 I was then asked to kneel, kiss his hand (Stephen said he could at least be King for the weekend), and was ceremoniously knighted with an authentic vintage soundboard of a Dyer Style 7 (brought by Don Druckenbrodt for show and tell, but put now to much better use).  Thus was I dubbed “Sir Gregory.” 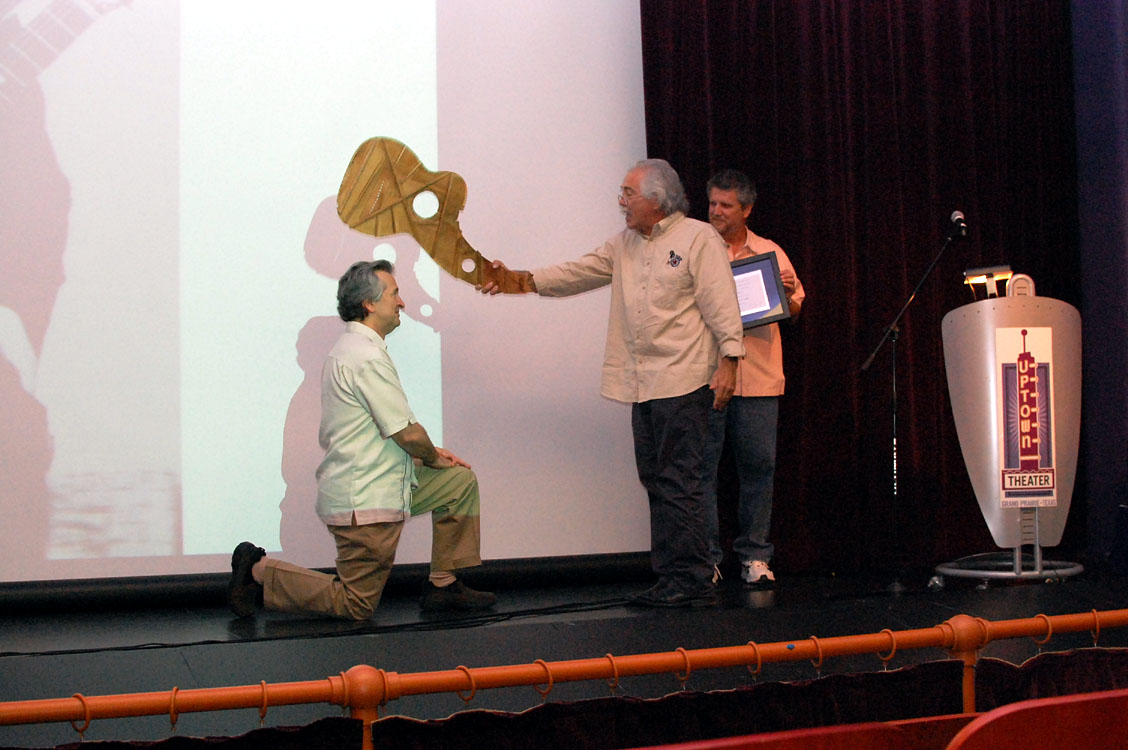 It was a very creative and appropriate way for Stephen to show his appreciation, and the audience’s standing ovation showed it wasn’t just for fun, but meaningful appreciation from them as well. 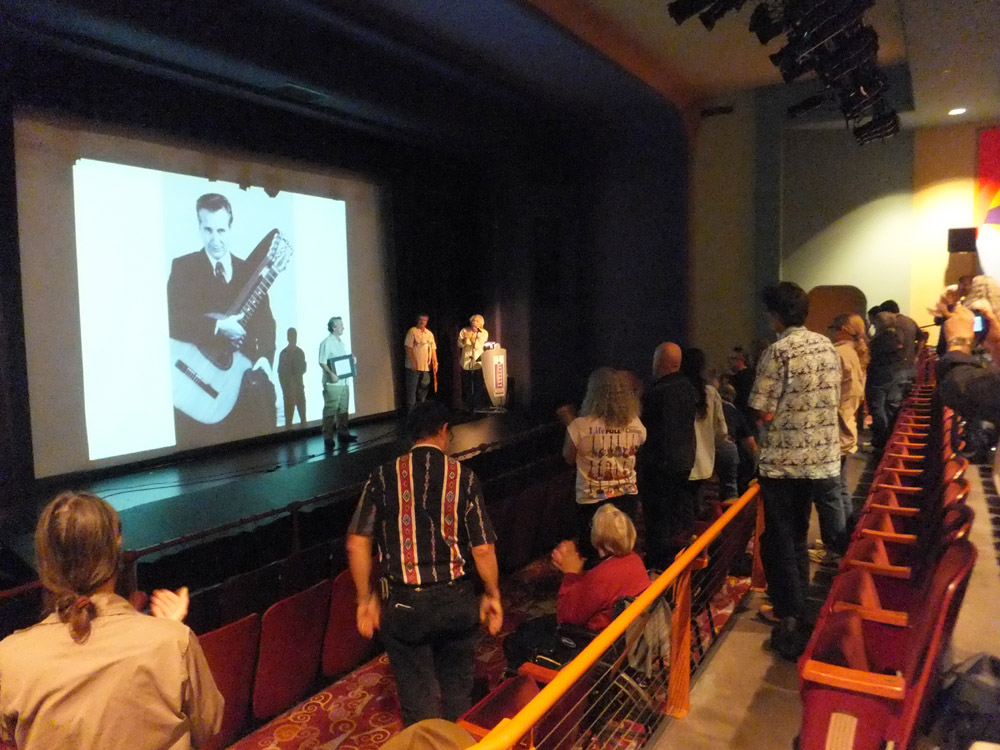 For once, I was completely speechless. 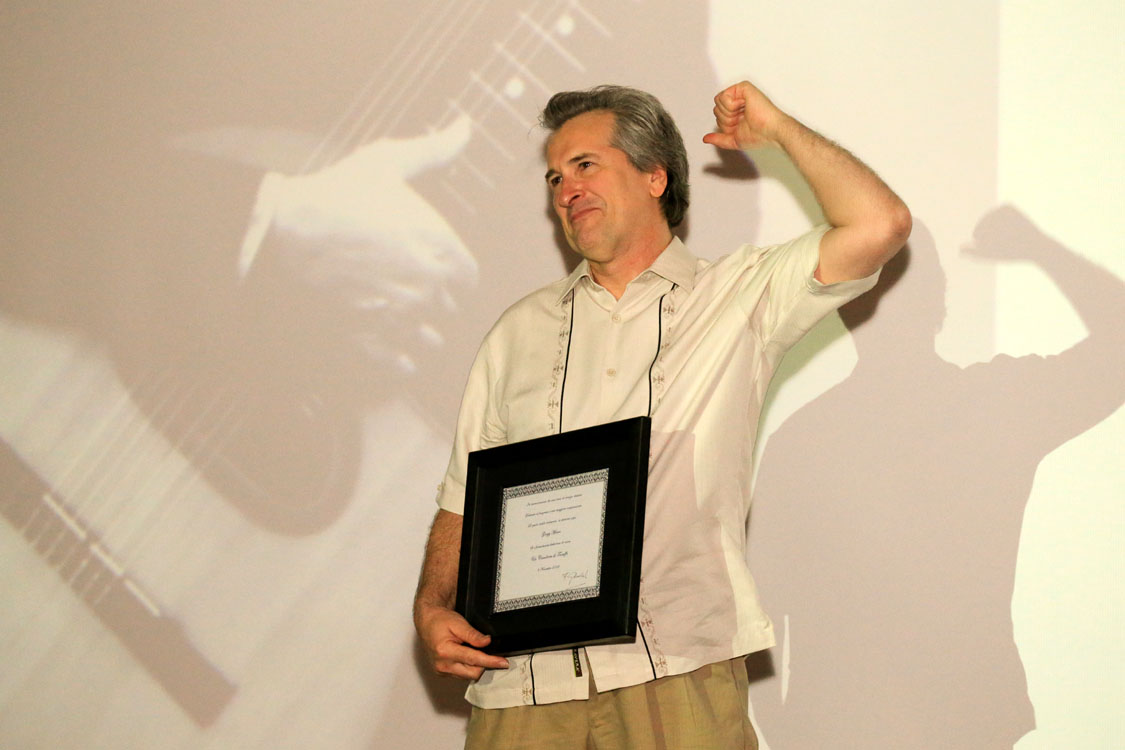 Thank you, Stephen, and thank you all! 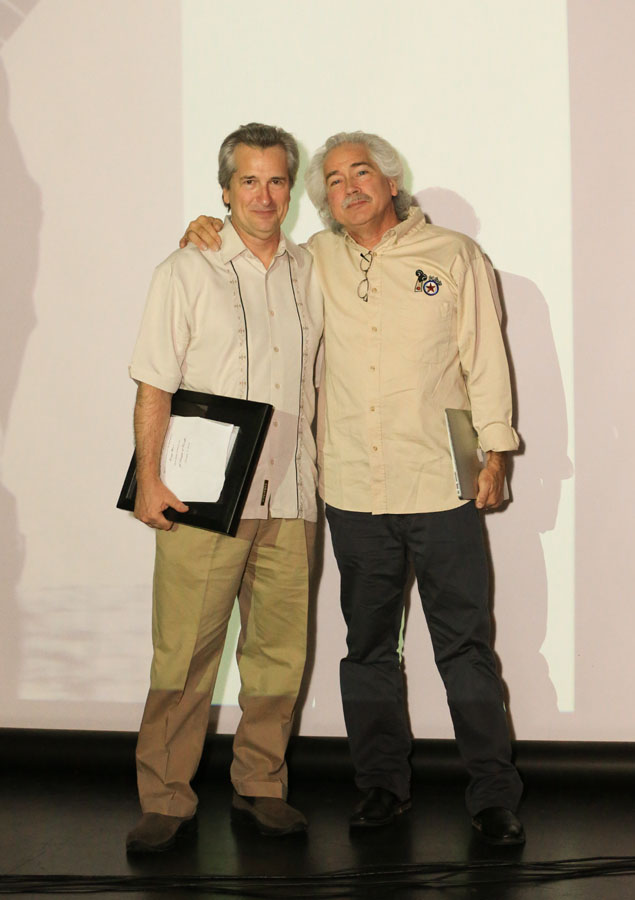 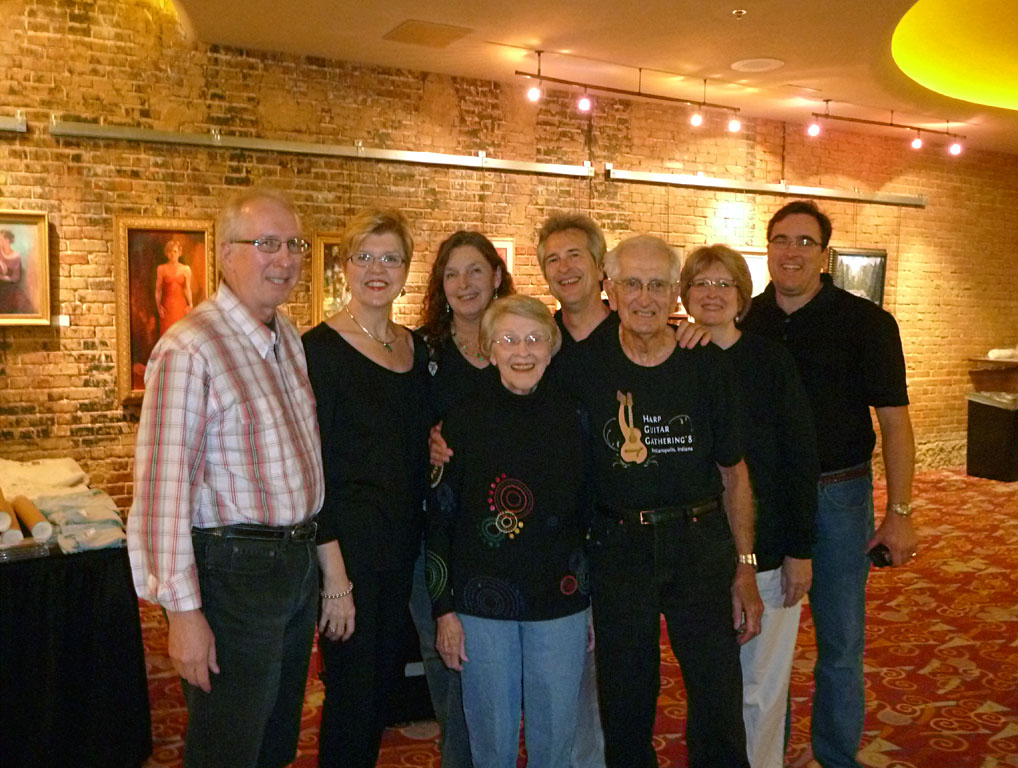 It was extra special that my whole family had come from the Chicago area to attend our 10th, and so could be there to witness my own surprise tribute. 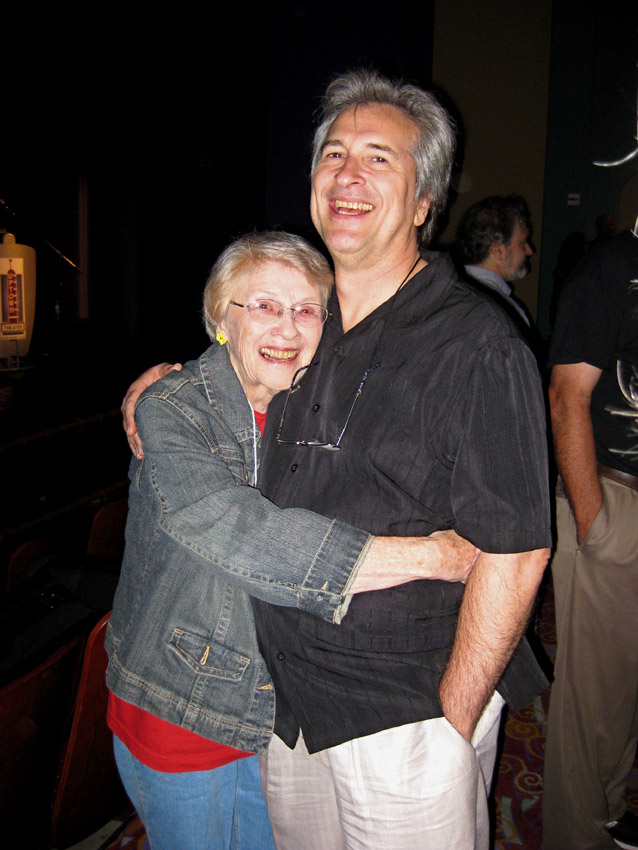 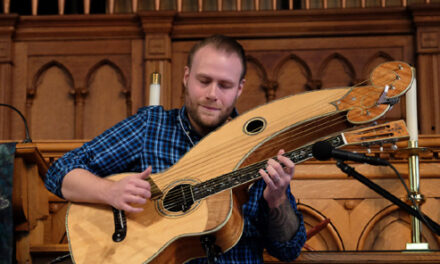 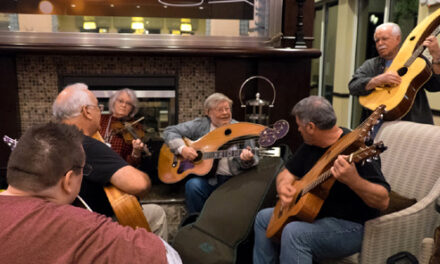 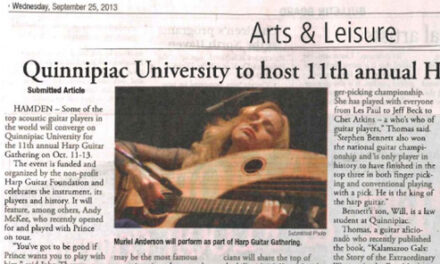 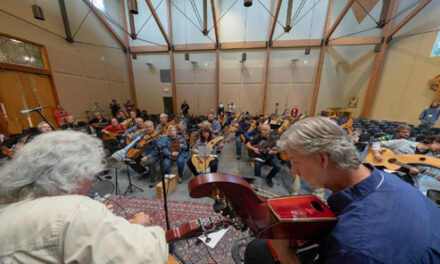