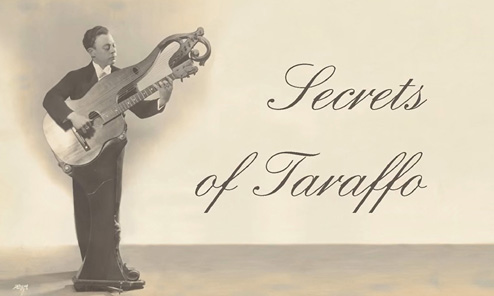 I’m pleased to announce “Secrets of Taraffo” – a new half hour documentary on the unsurpassed Genoese harp guitarist Pasquale Taraffo!  This was a labor of love for my friend Franco Ghisalberti and me – and finally completed with funding from Franco and The Harp Guitar Foundation.  If you’ve made a donation, please pat yourself on the back!

It’s been in the works for a couple of years, and required collaboration and careful scheduling with Genoese harp guitarist Fabrizio Giudice.  Blog readers will recall how initial filming took place in May, 2015 at Franco’s home, after which I led a small team to storyboard, film and edit here in Southern California.

The result?  A bi-lingual video that will hopefully entertain as well as enlighten.  It is not a biographical documentary about Taraffo.  Rather, our main intent and first goal was to document for the first time what we know of Taraffo’s guitar techniques.  Fabrizio is undoubtedly the most knowledgeable on the subject, as he is one of extremely few to seriously study the recordings of Taraffo, as well as having some priceless secondhand knowledge he reveals in the film.  Foremost a classical 6-string guitarist but already familiar with Taraffo’s music (which he had transcribed for 6-string), he volunteered to study, prepare and demonstrate the entire gamut of Taraffo’s specific techniques – and on harp guitar.  What a trooper!

At the same time, I also wanted to include a bit of backstory on how those of us in America – and ultimately, the world – discovered Taraffo.  This was of course through the efforts of Genoa’s patron of the arts, Franco Ghisalberti, 89 years old this year and showing no signs of stopping.  I hope the film at least hints at the unexpected path this subject led both he and I on, and the love and new family my wife and I found through a simple shared interest in a single obscure subject.

This section of the film will also serve as an introduction to Taraffo for those who have not yet heard his music (last out-of-print CDs available here) or explored his life and legacy on Harpguitars.net.

Hopefully there is something here for everyone, from general music or history fans to classical and fingerstyle guitarists of all genres.

I also created a short music video out-take where I joined Fabrizio in playing a Taraffo piece.  I happened to have my steel-string Dyer copy while in Italy and he bravely agreed to attempt a duet with our disparate harp guitars.  With a single run-through, then a couple false starts (after which he removed his jacket), then one take, we did a pretty acceptable job.  But even though we had tuned our open strings to perfection, they didn’t intonate the same (the Gazzo is notorious for problems due to its tie-bridge, which you’ll see explained in the documentary).  So unfortunately I couldn’t include this segment in the documentary.

Interesting, though…I didn’t notice until long afterwards the amazing projection of the Gazzo!  I should have discussed our “experiment” in the documentary: when playing together, my steel-string Merrill (about as good as it gets) sounded like it was overpowering Fabrizio’s nylgut-strung Gazzo (and I probably played a bit quieter to compensate).  But where the mics were placed out front (2 singles and a separate stereo), the Gazzo is louder than the Merrill!  The basses, the neck, everything. We may have deliberately pointed the mics more towards Fabrizio, but not enough I think to cause this.  Somehow, the instrument that Taraffo chose (luthier Settimio Gazzo) just projects! 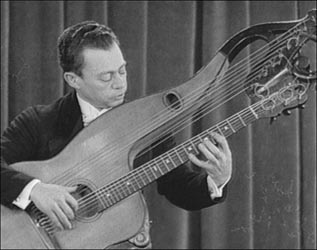 Finally, the rare Taraffo film clip we discuss at length in the documentary has become public domain! I include the link on my Taraffo page. 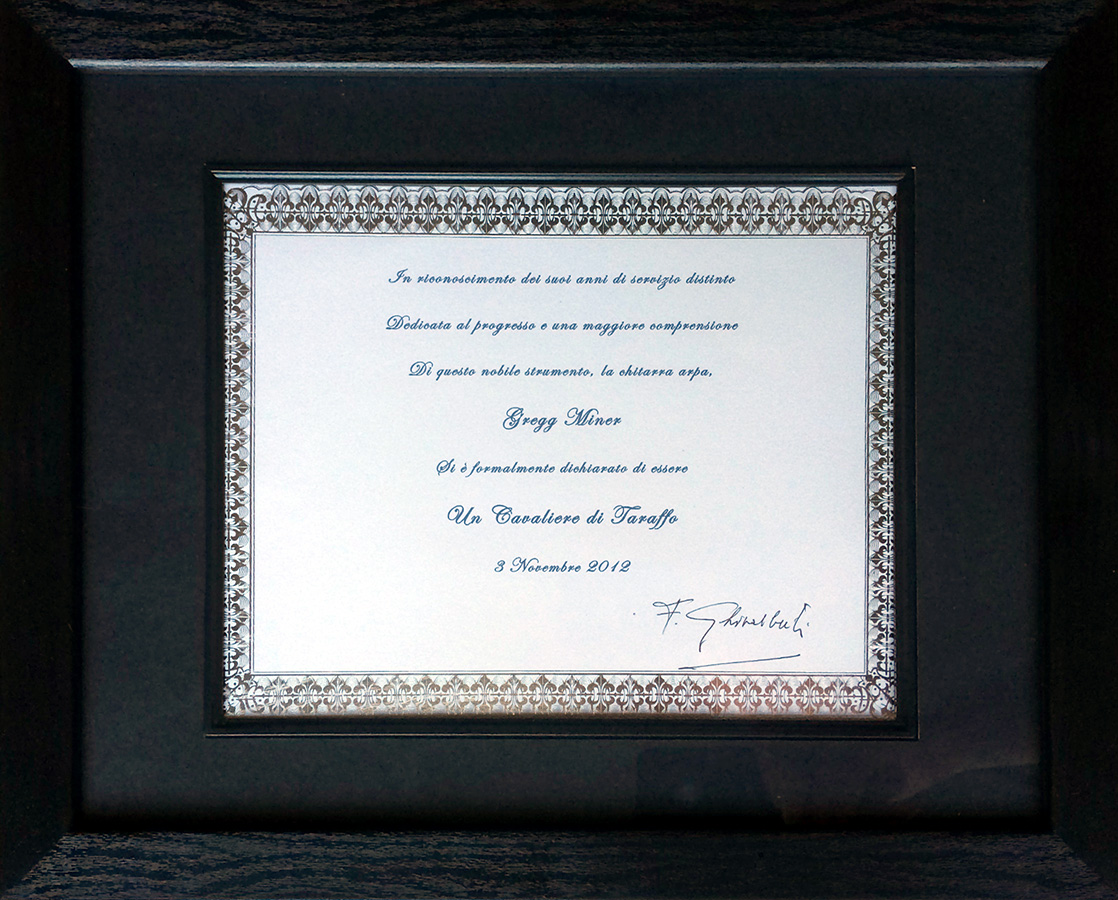 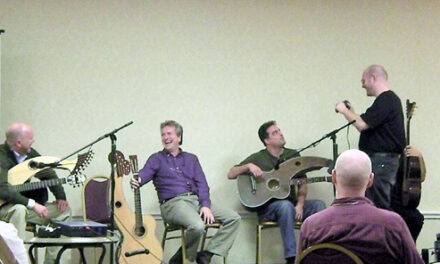 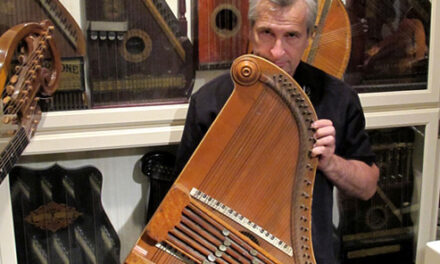 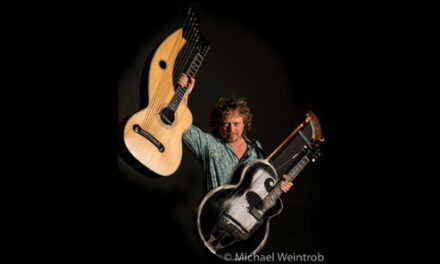 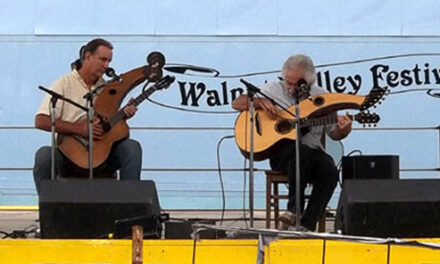