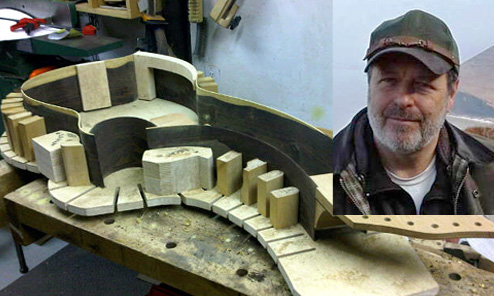 No, this isn’t about Andy McKee’s song for Michael Hedges, it’s an unexpected start to my report on the 13th annual Harp Guitar Gathering (TM).

I know some of you are anxious to hear about the event, see photos, get the inside scoop and all that (folks have been throwing stuff up on Facebook here and there); I’ll try to get that going soon.

There were many surprises this year, including some very special ones – such as seeing one of our regular attendees Dennis Mitchell (and wife Janice) show up at the last minute (Dennis, as some of you know, was battling esophageal cancer for quite some time, and seems to have [knock wood] beaten it).  Talking to Dennis one minute and our Luthier Panel host Tony Karol the next, I asked about my friend Blair Johnson, who had been studying lutherie with Tony for some time.  Why – for yet another year – hadn’t he come to the Gathering?!  I was shocked to hear that Blair had Stage 4 cancer and the prognosis was grim.  On Tony’s return from the Gathering, he was scheduled to help Blair’s wife with unfinished projects (like disseminating a recent purchase of Brazilian rosewood).  I asked Tony to give Blair my best regards and deepest sympathies when/as able.

Blair passed away yesterday at 5:30 pm.

I never met him, nor ever spoke with him over the phone.  We corresponded and did business together since 2009.  He quickly became a special customer, an occasional brainstorming colleague, a fellow fretted instrument fanatic, a fan, a supporter (he would eventually give $100 a year to the Harp Guitar Foundation), a friend.

Blair first bought a few harp guitar CDs, then more, and over the next several years purchased literally every item in my entire Harp Guitar Music inventory, including all the Gathering merchandise.  He must have given a ton away as gifts, as he bought many multiple CD copies over the years.  He was obviously hooked! 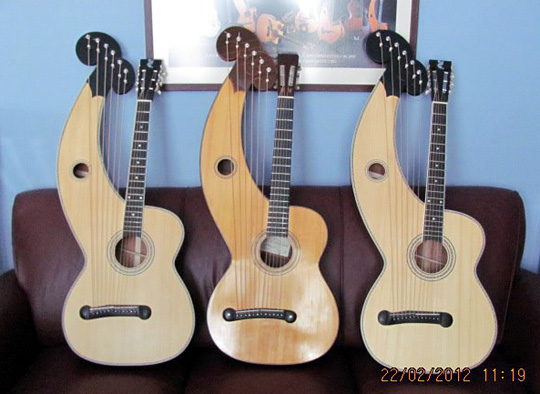 Within just two months, Blair was the happy owner of three harp guitars!

In 2012, I sold him a Holloway import (he also got a second from Scott), and he then immediately purchased my Arul #2 Dyer copy.  He ended up taking all these to Tony (my introduction to the new harp guitar builder from Canada), and Tony set them up.  The pair would tinker over the years on the Arul, which Blair loved (Tony says it still sounds fantastic).

Meanwhile, under Tony’s tutelage, Blair finished his first gorgeous 6-string (above).  Very soon, Blair told me about working with Tony on his first harp guitar – not a Dyer copy, but a Karol copy! 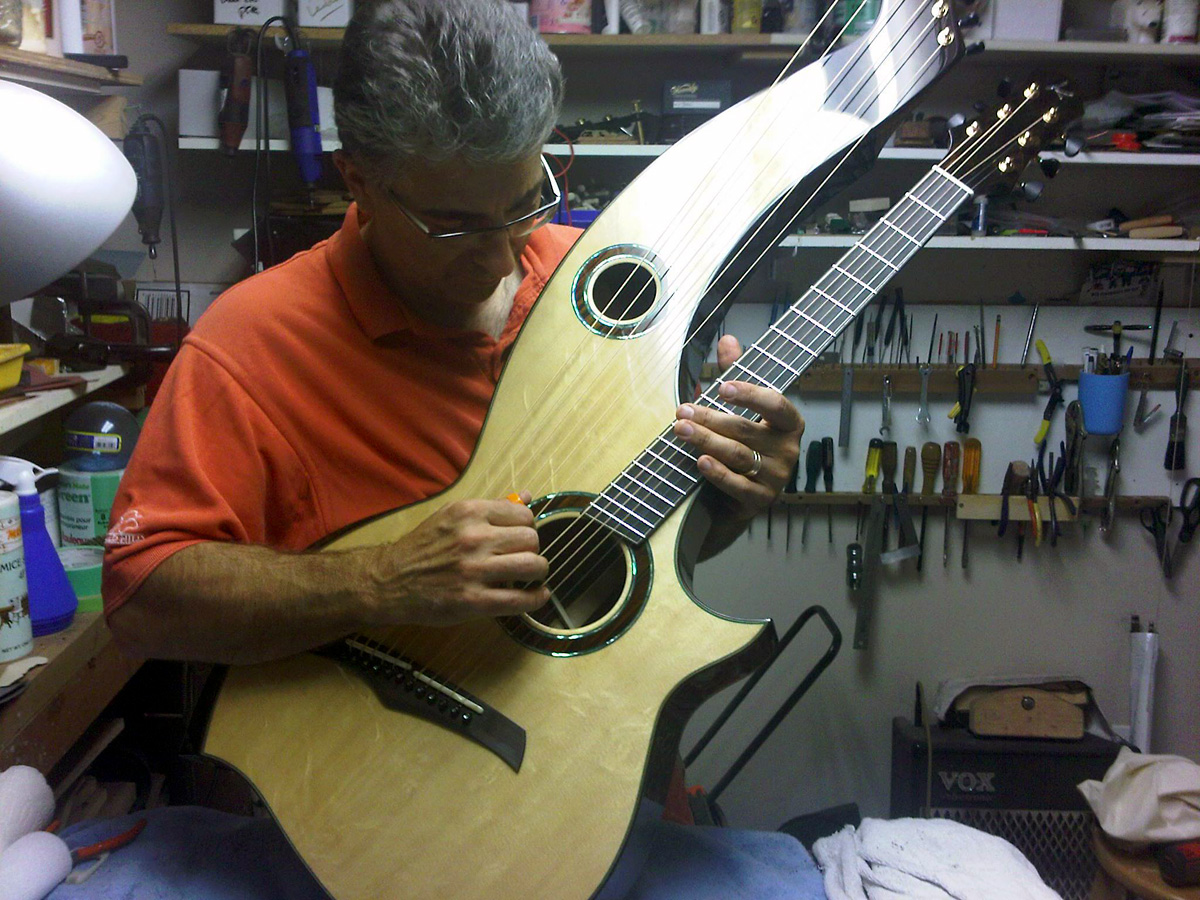 Blair started sending me photos of the process of his beautiful cocobola HG in 2013; in 2014 he decided to try to build two at once! (he didn’t get too far).  I’m including these photos below for posterity.

Yes, I bugged him for years about finishing it/them and coming to a Gathering.  And yes, he was planning to.  He was already feeling like “family” to me – I know he would’ve become an instant indispensable member of our extended HGG family.

And so, the loss is all of ours – and I guess I just thought you should know.  I never did meet him.  The majority of you have likely never known his name.

Now you do.  Blair Johnson – the friend I never met – we never met – and, sadly, never will.  I’m honored to have helped him along during his own harp guitar journey and just glad we got to share a bit of our passion for that time. 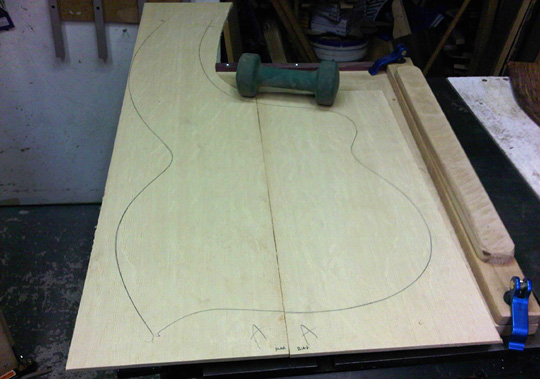 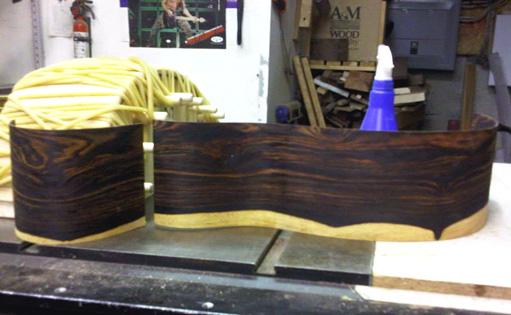 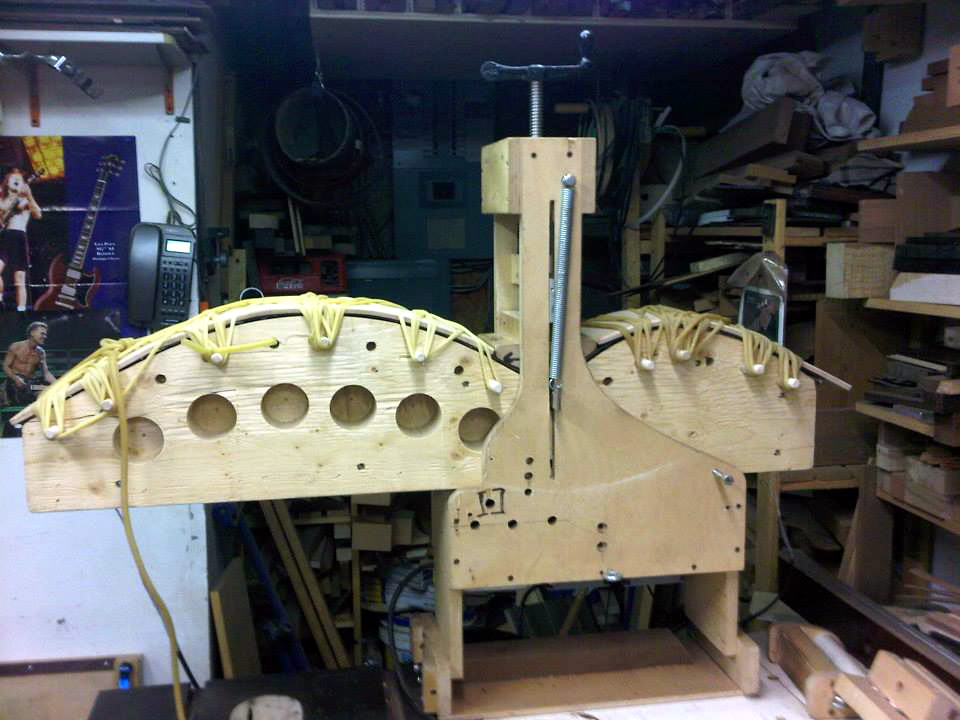 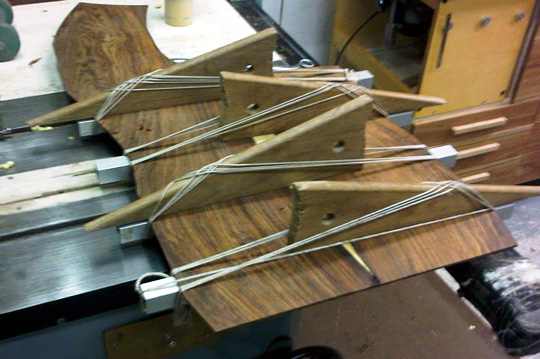 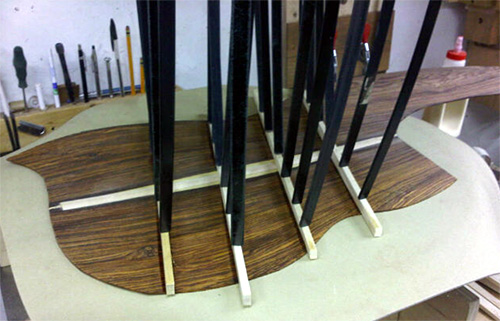 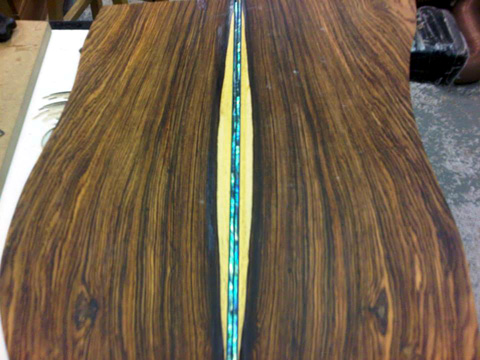 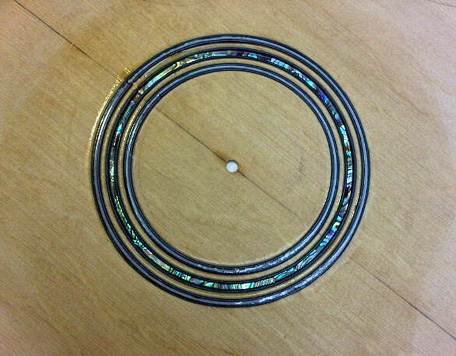 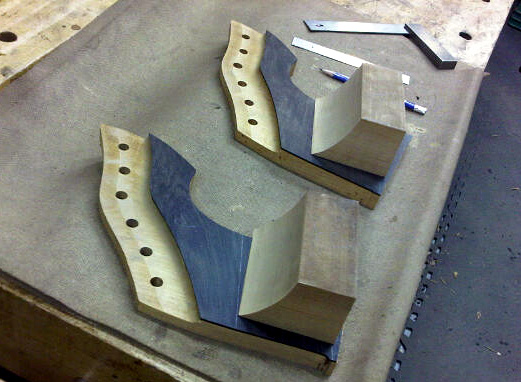 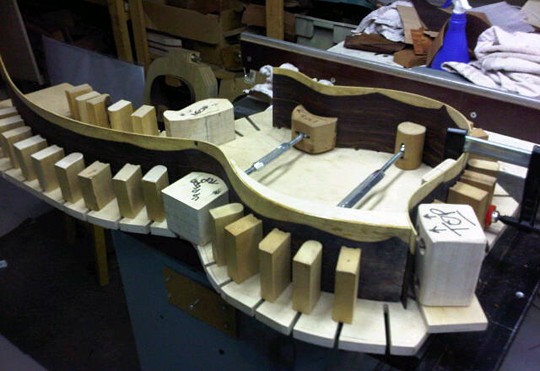 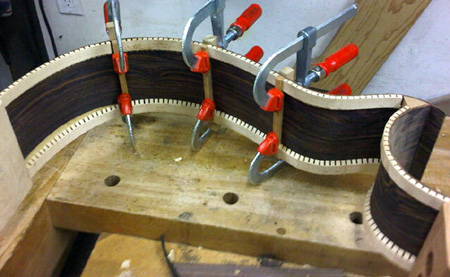 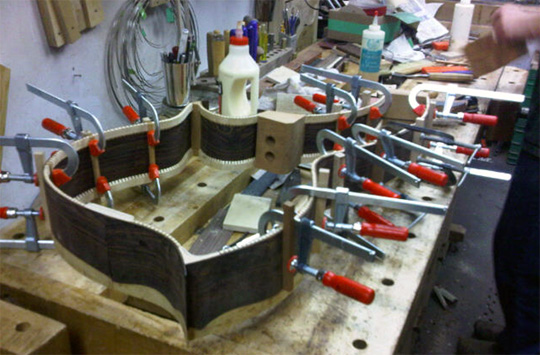 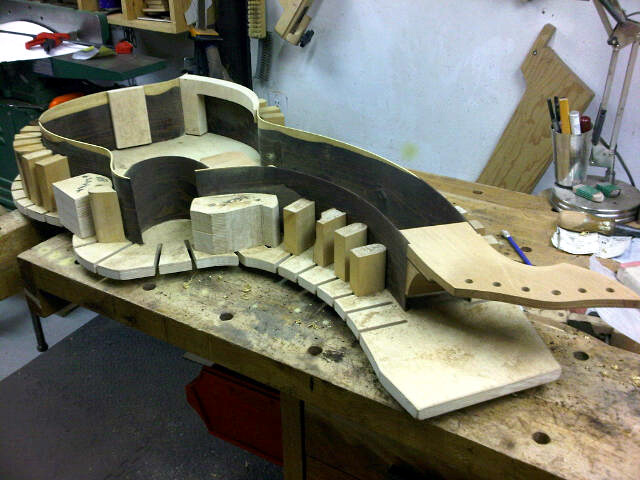 Tony will be finishing the instrument for the family.

His obituary has been posted here. 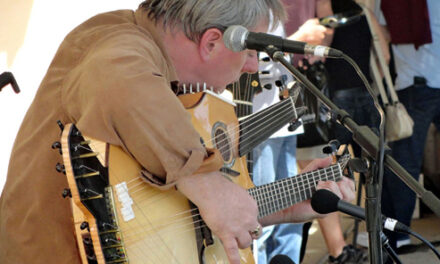 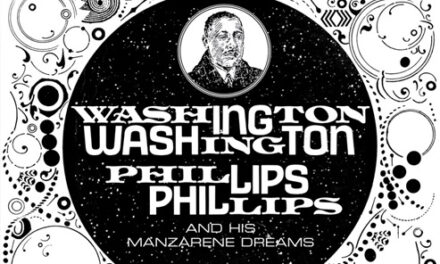 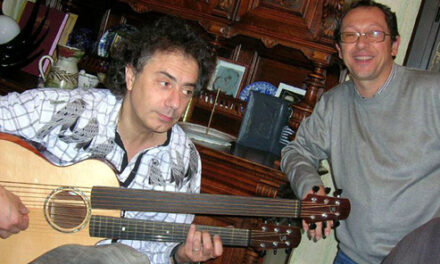