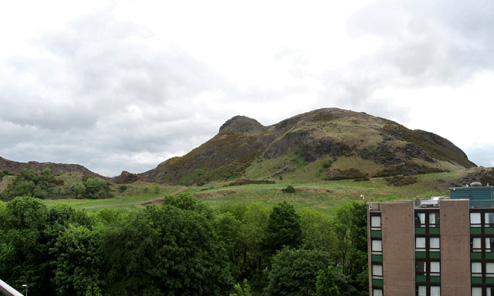 Once again, my wife Jaci and I managed to find first one excuse, then another, to get back to Europe this year!  It was two packed weeks of fun and work (I’m leaving the “air quotes” off the latter in case the IRS is reading) – with friends and colleagues from around the world.  As rewarding as we hoped and as exhausting as we feared!

Scotland was first.  The impetus was a rare joint meeting of the American Musical Instrument Society and the Galpin Society.  We had attended the last time they did this in the British Isles 14 years ago, and were anxious to return.

Genoa, Italy was second.  It would be my 4th trip (Jaci’s 5th), and is definitely feeling like a second home in so many ways.  It had been two years since we were there for the making of our Taraffo documentary, and we were glad to be “in the neighborhood” so we could visit.  Franco once again arranged a special occasion for us with a “reunion” concert by our friend Fabrizio Giudice.

Yes, we’ll see a harp guitar or two in this series.  We’ll definitely see plenty of musical instruments of all types (and even hear some music), and of course, plenty of new scenery, collections and architecture (with the obligatory new door discoveries!) plus special time with many old and new friends.

Next: Scotland Part 1: Arrival in Edinburgh 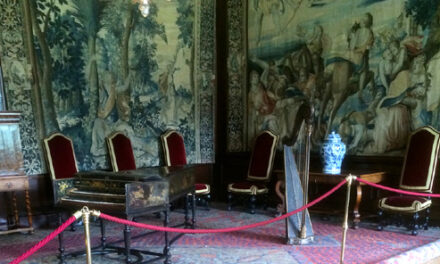 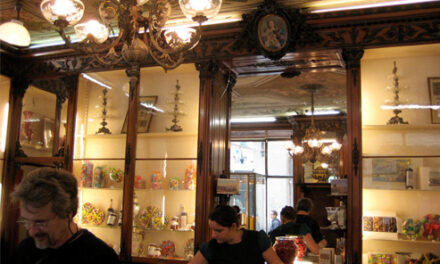 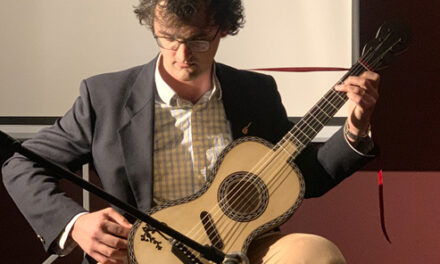