Have I Mentioned That I Still Hate Wikipedia? 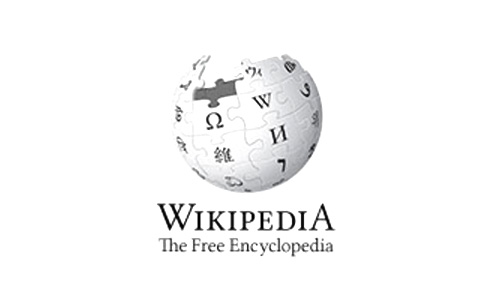 Oh, not all of it, by any means – and yes, I’ll often use it for quick checks on all sorts of things.  It’s just that if the one entry that I do know something about (I’m speaking of the harp guitar of course) is consistently becoming more lame and arbitrary, then how am I to fully trust any Wikipedia entries?

As I understand it, knowledgeable folks (geeks, if you will) help create the zillions of Wikipedia entries.  And I can tell that many of them are indeed experts.

Then there are the “Wiki-geeks” (not my own term, but a new “race” I think), who obsess over every angstrom of Wikipedia protocol, policing entries 24/7 and undoing everything from a missing period to unethical breaches.

Lastly, there is the public, and, unfortunately, any idiot (present company excepted) can add to the entries to “improve” them.

I’ve had a long history with the “Harp Guitar” entry – almost from day one, I think – when I initially ignored the fellow who started the entry (some random guy – not one of “us,” but well-meaning) and asked me for rights to my Dyer photo and suggested I write the opener, astutely pointing out that if I didn’t, someone else would.  I finally tried to address it, but in the wrong way, as I never took the time to learn the Wiki rules (I had no real clue or faith in the upstart site, I guess).

Immediately, one of those Wiki-geeks glommed onto the page, deleting of tweaking my text for issues both legitimate and silly.  We went back and forth for months – the real frustration being that almost every contributor hides behind a veil of anonymity.  No one can actually discuss anything.  I think I’m one of the few guys who ever used his real name out of the hundreds of contributors to that entry.

Eventually, a couple of Wiki-knowledgeable friends led me through some of the basic protocol, and I persevered, cutting and pasting bits from my Organology “thesis” (I can’t actually call it a thesis without the faux-quotes until John Doan convinces someone to give me that honorary Doctorate…).  We still went back and forth for quite a while, while I dutifully attempted to explain all my reasons under the Discussion page, or whatever it is (again, I had no means of forcing the opposition to privately or publicly contact me to work it out).  Go look!  You can see all the history from the beginning – it’s pretty fascinating (and I’ll admit I’m not proud of my initial, naive attempts).

How I finally beat him was simply to provide a source, which I did  – myself!  (Reference 1)  My “expert source”/provenance was my very own work which I had boiled down for Wikipedia and made legitimate by referring back to the same verbiage on my original site.  The chicken-or-the-egg circle of illogic mattered not…I had “followed the rules.”  No casual reader would know (or probably care) who created the “obviously true, it’s on Wikipedia!” definition.  Only another geek who might follow the reference and see that the “unnamed Wiki author” had used the “harp guitar expert Gregg Miner” as their source.  You gotta love it!

The rest of the entry continues to evolve, information coming and going as various individuals add some arbitrary example of harp guitar importance – some useful and perhaps even “representative,” most not.  And of course, “the people’s free encyclopedia” aside, it is consistently seen as a promotional space for all sorts of modern players and builders – a Wiki no-no.

In the “if you can’t beat them, join them” category, I, too put myself up on the “Notable Harp Guitarists” list once, but someone took it off.  Meanwhile, every time I took Robbie Robertson off (the same list), some “Last Waltz” fanboy would just put him back on.  As you can see on the Players page, I have nothing but respect for Mr. Robertson as a “notable guitarist who once strummed one chord on an improperly-strung Gibson harp guitar” – seriously, I respect his career and music.  But he’s not a harp guitar player!

Anyway, I gave up on fighting it long ago (though I would appreciate the community letting me know if it gets too out of hand).  I know a lot of you visit it because you’ve been putting your names on the list (although it might be that you need a friend to do it, I forget…which reminds me, if I have any fans out there, please try to add me again just for fun).  Our own Brad Hoyt’s one of the latest, and a whole host of others have been on and off.  Now, I won’t comment on those, as they’re friends of mine, and actually do play the instrument legitimately, and attend the Gatherings to be vetted, the whole business.  But by the rules of Wiki, some of those guys probably shouldn’t be on (if nothing else, personal website links as “References” is a definite no-no).  On the other hand, I see someone has removed my several links to what I had presumed might be actual useful resources – like our Players and Luthier pages).  An endless, amazing merry-go-round, that page.

So why am I venting again?  Well, I was Googling the other day for something, and the Wiki HG link came up again, so I clicked to check, as it’s been a while. Boy, has it!

There are more famous, notable harp guitarists that I’ve never heard of than ever before!

To wit: Solmania (a “noise band” – do I even want to know?); Conor McMullan (Tank) – Any ideas?;  Corey Petryschuk (apparently an ex-football player, now concentrating on his music, which would theoretically incorporate a harp guitar.  Hmmm…ex-football player…him I’ll take his word for it, as he could definitely beat me up).

Who else?  OK, before you go dumping on promoting-machine Yuri Landman, who’s been up there for ages, note that he now has a “true” harp guitar by definition up there as his justification (I blogged about it 2-3 weeks ago here).  Those who saw my Gathering presentation may recall that I will soon be addressing (and removing) Gian Battista Noceti.  As for the famous rock guitarists, Lardie, Martin, Page and Robertson (all still listed, and I’m not touchin’ that!), some time ago I gave them their own “honorary” section on the Players page as “Notable” Wikipedia Harp Guitarists.  You’ve seen me use descriptive quotes for a host of reasons to telegraph intent or tone; in this case the quotes around “Notable” (which do not occur on Wikipedia) are ironic.  As I hope you know, I try to keep the site relatively neutral and all-inclusive, to preserve some semblance of professionalism and seriousness (while still keeping it as fun as possible) – but I see I could not remain as diplomatic as one might in that entry.  So sue me – someone had to be frank about it, and it’s true!

Now, my friend Steve Sedgwick (who has found more rock star videos with harp guitars for us than anyone alive [The Cure, Smashing Pumpkins, even!]) might argue, “but they have brought the harp guitar to a wider audience.”  And I totally agree.  On the other hand, my “papal” role (in fact, that of The Harp Guitar Foundation) is to promote the harp guitar movement.  Meaning – in part – those players who actually play them.  There are many scores of talented players out there busting their butts to do this, and I would argue that a hundred fans seeing one of them playing the bass (or other harp) strings in a musical way is more beneficial to all than a million fans seeing a rock star just strumming the neck of their instrument.  I would also argue that our authentic harp guitar players deserve the public’s attention and support through this site’s visibility, Gathering, etc. far more than the rock guitarists we otherwise love.

Obviously, not everyone shares my opinion…as Wikipedia will forever remain testament to. 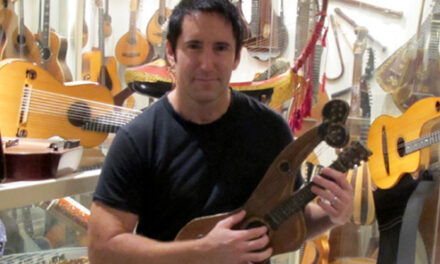 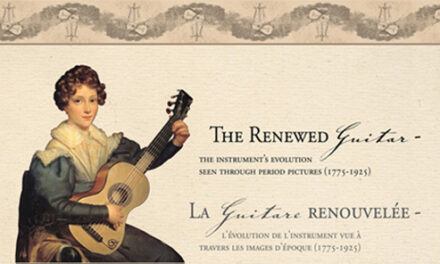 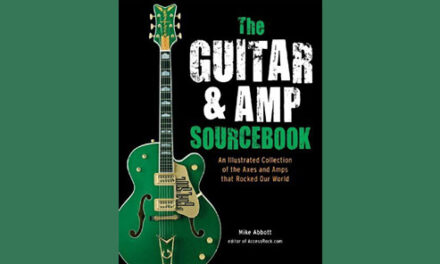