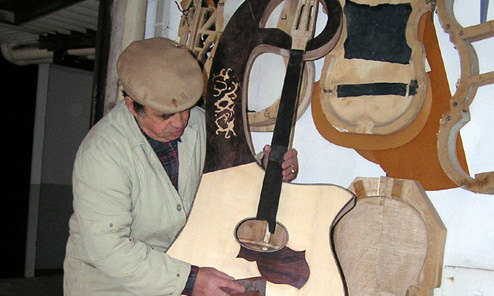 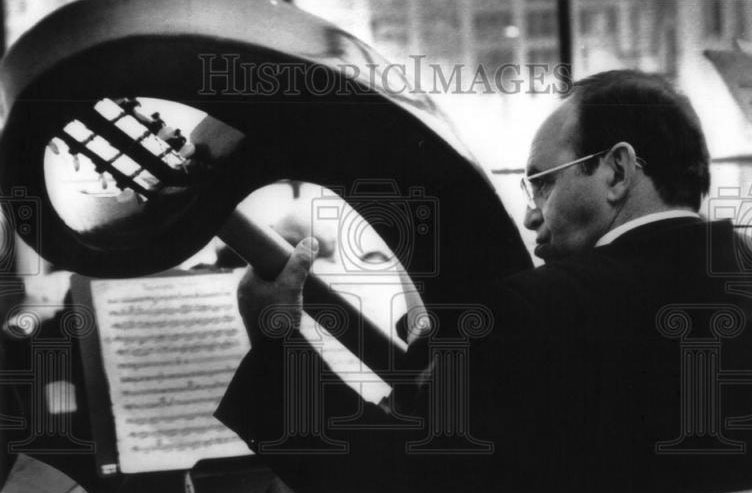 Several months back, Harpguitars.net correspondent Christian Steinbrecher (Austria) pointed me to an eBay listing for an unusual press photo from the Chicago Sun-Times.  It was a tantalizing back view of someone playing what could only be an oversize Mozzani-style harp mandolin. 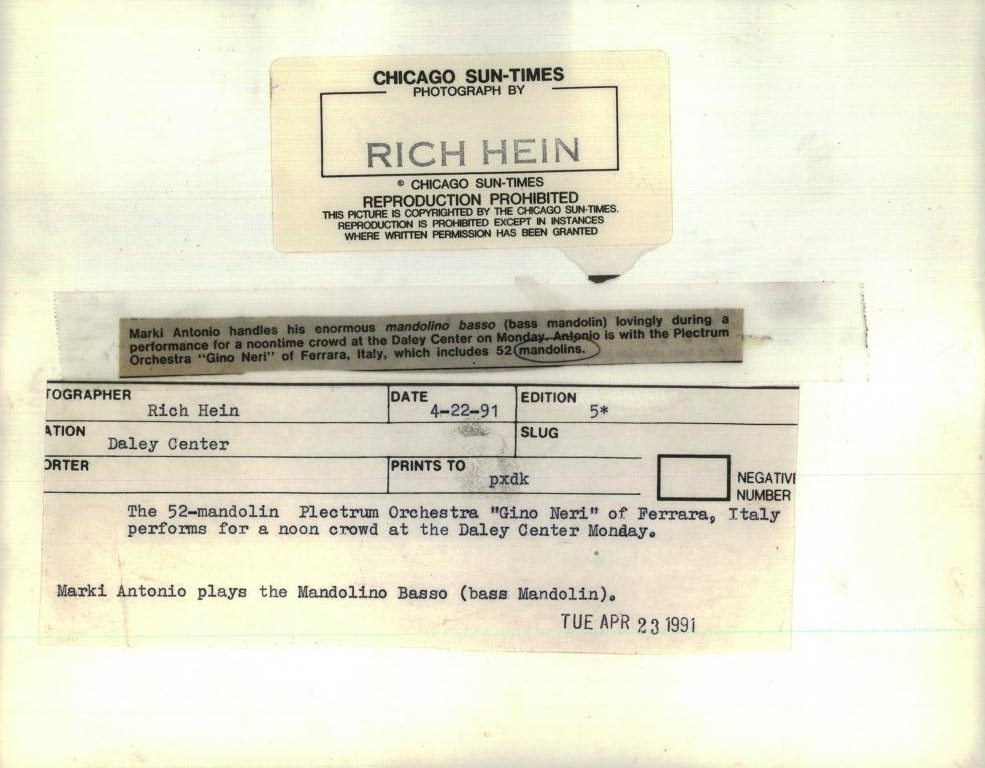 The player was Antonio Marchi and the occasion was a rare 1991 Chicago performance of the Orchestra a plettro “Gino Neri.”

Curious about the instrument (as he was), I asked Christian to do some investigation for us and he tracked down the player and we subsequently corresponded with his son.

Gian Luca Marchi told us that the “Gino Neri” Orchestra was founded in Ferrara in 1898, and now consists of a staff of about 50 people (that’s a hundred and fifteen years of continuous history…talk about a gig!).  His father Antonio is the group’s most senior representative (and still active) and has been with the orchestra since 1955.  Besides his passion for music, the senior Marchi developed a passion for stringed instruments and decided to attend Lutherie night school classes.  After several years of study and experiments on various types of instruments, such as violins, violas and cellos, Marchi tackled this dream project. 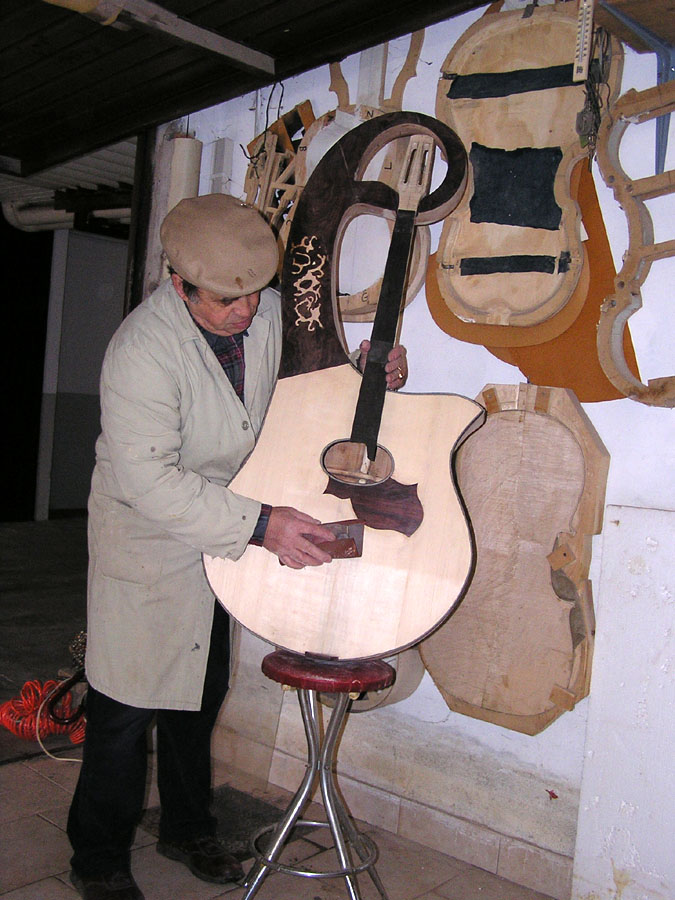 Having admired the shape of Mozzani’s harp-guitar (the Orchestra owns or owned one), he desired to build a mandolone basso (along with the guitar, his main orchestra instrument) in the same single-arm form.  This was one “harp-style” instrument that even Mozzani never attempted!

Following the nomenclature of Mozzani, Marchi calls his creation the mandolone basso a mezza-lira, (bass mandolone in half-lyre form).  The tuning confused me, as Gian stated CGDA (which corresponds to a mandocello), but per the Italian system (chart below), this is actually high to low (what we in the States would notate as A-D-G-C).  Thus, it appears that the Italian mandolone basso – which fills a gap between our American mandocello and mandobass) is tuned in fourths like our bass, but up a fourth (ie: moved one string over).  Frankly I’m surprised no one in the States (past or present) has ever thought to build this impressive mandolin orchestra “missing link.”  (Anyone?)

Antonio Marchi has now built three of these (hmm, and I can think of a museum that could use one of them…).  One is shown in process above, while another completed instrument is shown next.

While endeavoring to learn a bit more about the Gino Neri Orchestra, something in my subconscious memory tickled at me.  I hadn’t realized it at first, but was thrilled to discover that the orchestra is prominently featured in the recent Mozzani book.  The book devotes a couple of pages to the history of the orchestra, but also describes the details of many examined instruments that the orchestra apparently still owns.  It seems the orchestra at one time used Mozzani’s instruments almost exclusively (oh, for a time capsule), and that the orchestra still owns (but does not utilize) at least one Mozzani harp guitar (9-string chitarra-lyra, with single hollow arm) and one harp-mandolin (mandolino lyra).  There is also mention of at least two “contrabasso da braccio” owned by the orchestra – one by Mozzani, and one built by Attolio Balboni.  Though not pictured, this is a curious listing, as it sounds like a giant harp-bass (?!).  We have got to get a look at that one.  It is possible that the “arm” or “arms” are just short upper bout flares as seen in different specimens.  The book even includes one of Antonio Marchi’s three bass mandolones in its list of specifications! (with different dimensions than those provided by Gian above.)

While I’m at it, I’d also like to ask any Mozzani plectrum orchestra experts (and book authors) about the tuning and names of these instruments, as the book is still unclear (to me), and has many apparent inconsistencies (errors).  In the list below (which I need to verify), I follow the Italian system, which appears to be given in scientific pitch notation in order of high to low pitch (highest string to lowest string).  The octave is denoted by numbers per the scientific pitch notation system.  Thus the standard mandolin is written E5, A4, D4, G3 (though the book’s octaves appear two digits off???).

In this list, the scale length represents one sampled instrument; there may be some variance.  The tunings are my best guess, based on multiple entries and sources.  (?) means “Help!”…

The bass mandolin variants seem to be giving me the most trouble.  There may be some variance in scales, and overlap in sizes, let alone the varying nomenclature for the same instrument and the various “special” models.  Assuming one of the first three is tuned in fourths (the mandolone?  This correlates with Marchi’s and Mario Maccaferri’s c.1928 catalog.), then perhaps the others are all tuned in fifths?  With the long 39” scale contrabass mando the same pitch as the smaller 29” bass mando?  As there seem to be discrepancies or errors in the Mozzani book, the above is my current best guess.  Again, expertise (with thorough and definitive details) is needed by our Italian friends. 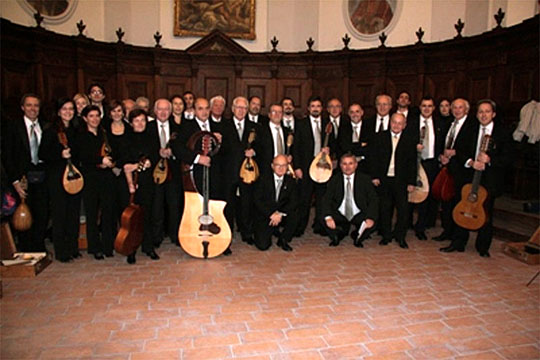 I’d just like to close by saying: Whether with all-Mozzani or modern instruments, harp-form or “normal,” it’s nice to see the GNO passionately carrying on the tradition!

(and always stimulating to note how something as innocuous as a random, obscure auction listing can lead to new stories, connections and friendships) 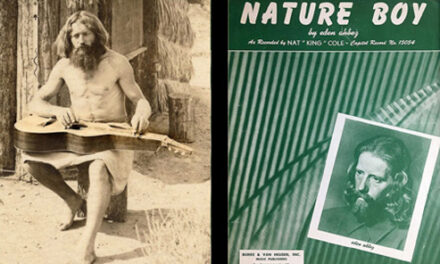 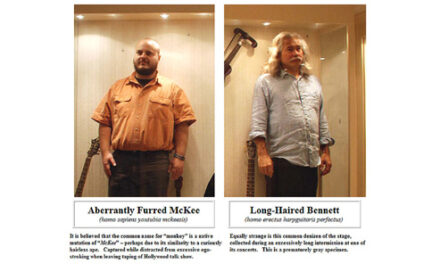 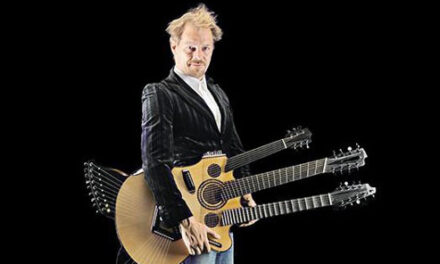 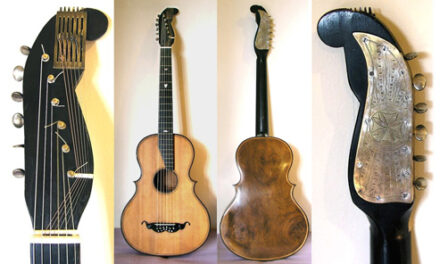