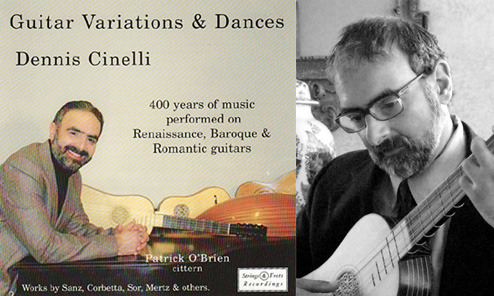 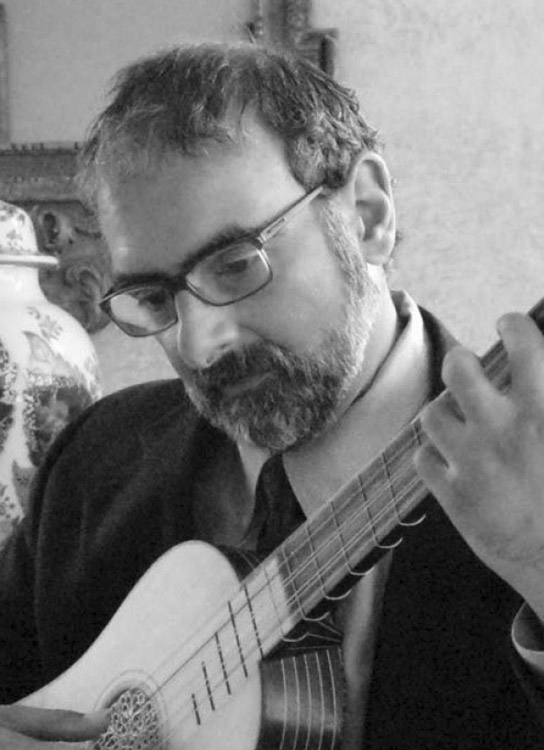 During the Harp Guitar Gathering last month, Mark Farley was telling me of a new piece he was composing: a threnody (a piece composed as a memorial to someone deceased) for two of his guitar/lute/music teachers who had sadly passed away within two months of each other less than a year ago.  The most recent of them was Dr. Ronald Cross.  When he named the other as Dennis Cinelli, my heart skipped a beat.  It took me some time to absorb the reality of Mark’s news and accompanying details.

I don’t think Mark – a relative newcomer to the Gatherings – was aware that Dennis was once booked to be our first Historical Music Featured Performer in 2007 for HGG5.  At the last minute, Dennis had to cancel, as his son had just been injured in the Iraq war.  I pinch-hit for him, sharing what I knew about the European instruments he had planned to discuss as part of his presentation on early multi-string (harp) guitar music.  Dennis specialized in some of the same area of music as Dr. Brian Torosian (who graced our 8th Gathering in 2010), playing a similar reproduction of a 10-string Scherzer Viennese harp guitar.

We had always planned to have him back, but with one thing or another, it somehow never materialized.  And now I deeply regret not having made a bigger effort.  We had a couple of great conversations as we planned his segment for HGG5; it was clear he would have fit right in and been “one of us.”  Alas, I will never hear him perform, nor enjoy meeting him in person.

According to Mark, Dennis’ last years were difficult, the end tragic.  He had been sick for some time and succumbed slowly at home to scleroderma, passing away on December 14th, 2012.  The memorial service was held Sunday, December 16th at Plaza Memorial Chapel, 91st and Amsterdam (in Manhattan not far from where Dennis lived).

As an important proponent of the Viennese variant of the harp guitar, Dennis will of course remain a part of Harpguitars.net long into the future, a permanent archive that will one day serve as memorial to each one of us. 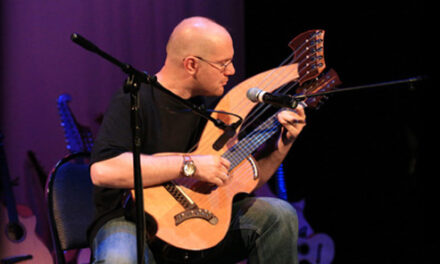 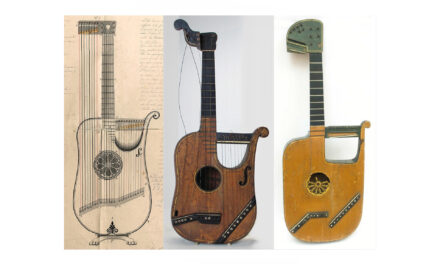 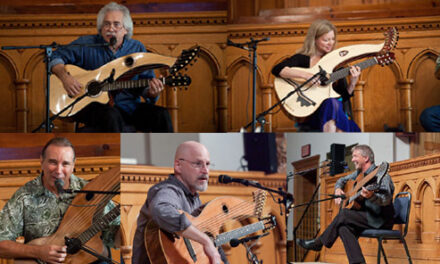 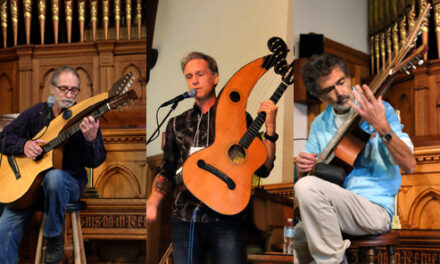