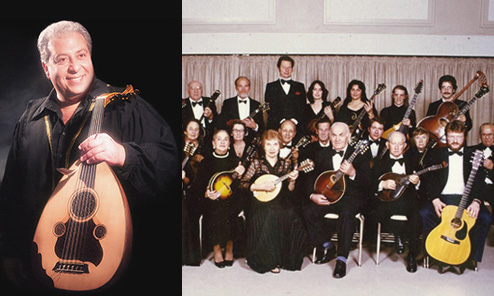 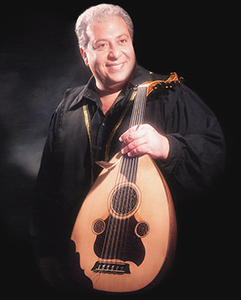 Last weekend I heard the news that Los Angeles area oud master John Bilezikjian had passed away just days before on January 19th.

The news brought back memories of some unusual musical moments in my life.  Though I didn’t really know John, I ran into him from time to time in Los Angeles, which wasn’t hard to do, as he sometimes seemed to be ubiquitous, playing concerts, special events and restaurants.  And if not seen, then heard on many movie and TV soundtracks.  A virtuoso on oud, he was also a master violinist/mandolinist and proficient on any number of stringed instruments.  Other web sites will tell you much more about that than I ever could.  I just now enjoyed re-reading John’s interview with David Lindley in the Fall, 2010 Fretboard Journal.

About 1983 I unexpectedly found myself joining the Los Angeles Mandolin Orchestra.  Fans of my 2-CD A Christmas Collection may remember my affectionately humorous (though not untruthful) essay in the booklet.

During my stay of several years, I progressed from a loaned mandolin to a loaned Gibson K4 mandocello, with my recently acquired Gibson harp guitar available to play any necessary rhythm parts (I was typically the sole guitarist).

Once each year, the group booked the Wilshire Ebell Theater or similar hall and put on a full concert, with a special guest artist chosen each year by director Joel Lish.  Joel was/is a session and orchestra violist and conductor, and ran into a lot of specialty instrumentalists who invariably had one foot in the classical world and the other firmly in a particular ethnic music.

I remember a virtuoso violinist with a penchant for Hungarian Dances (I got to accompany him on pedal harp for Meditation from Thais, one of my all-time favorites).

Then there was International virtuoso Christian Di Maccio (d.1993), who played Bach’s Toccata and Fugue on the accordion, and similarly dove into fast-paced pieces while the orchestra gamely tried to keep up.

But I was most excited in my final year (1989) when Joel brought in this guy who “played classical repertoire on the oud.”  We were blown away during the first rehearsal, and things escalated from there.  It was quite something to see John passionately and exquisitely playing complex Bach and other classical pieces on his fretless instrument with the traditional eagle quill plectrum.  We amateurs, clearly not qualified to be backing up such a master, were humbly honored and did our best.

For the folk numbers, I switched to the harp guitar to play rhythm.  I hit a couple subs with the mandobasses as things started off, but was soon hanging on for dear life just trying to keep up with a few simple chords.  One of the most difficult and under-appreciated jobs in all of guitardom is providing that accompaniment strum on the backbeat.  Root-chord-5th-chord accompaniment is one thing; playing just the offbeat between the bass’ downbeat is an interesting challenge that soon becomes mathematically impossible as the number (spurred on by John in this case) accelerates to an inhuman tempo.  I looked like a crazed Muppet in a musical parody.

And that was the easy stuff.

For John’s traditional Armenian numbers, the orchestra had to sit out while his own sideman provided the guitar accompaniment.  This was his segment for all that stuff in 17/32 and similar outlandish time signatures.  One doesn’t count it, one has to just feel it.  We couldn’t even do that; we could only sit there in stunned silence until each number escalated to its explosive finish.

I remember that John arranged for the Mando Orchestra to perform for lunch at a Greek (?) restaurant one day.  We got free lunch and there was John serenading the room with his trio, playing violin and his Gibson mandolin.

One day many years later, Jaci and I visited the Hammer Museum and found ourselves in the courtyard catching the final minutes of a full-blown music and dance performance that tied in with a special exhibit.  Naturally drawn in by the belly dancers, I was distracted from my appraisal by the musicians, led by a fully-costumed John with his oud.  We chatted a bit, and that was the last time I think I ever saw him.

In August 2013, I received a courteous email from John, asking advice about selling a Leland piccolo mandolin like the one he found on my site.  He hadn’t remembered me, and was writing from a polite “Dear Sir” viewpoint, introducing himself in understated words.  After (re)introducing myself and explaining our brief connection, we talked shop on the phone for a bit and extended mutual invitations to visit each other’s instrument collections.  John was living some distance away in Laguna Hills and, as so often happens, we never connected.

But we did, briefly − and this bittersweet reminder allows me to add my own small celebration to the memory of this great artist and beloved local legends. 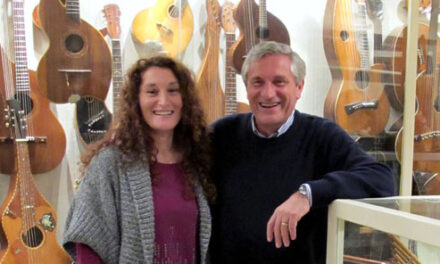 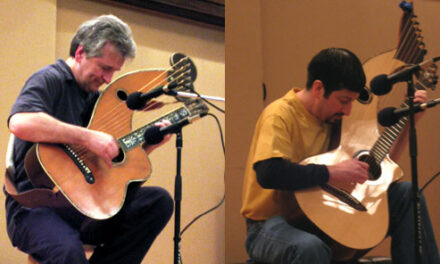 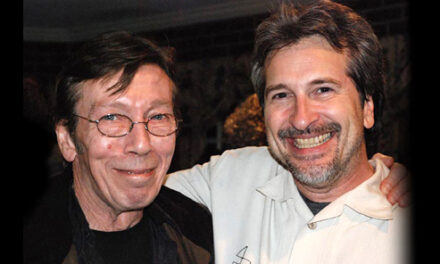 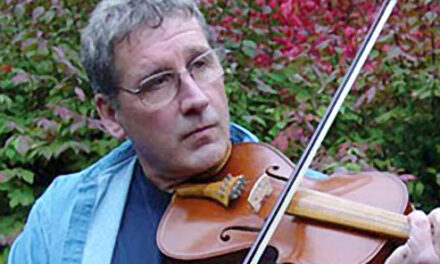