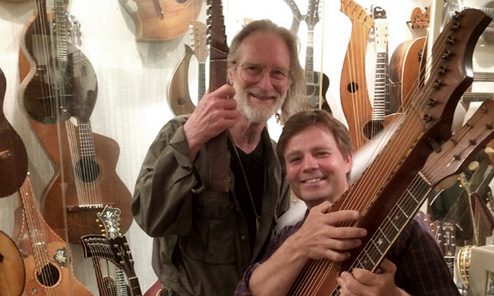 OK, that was a terrible pun, but I’m giddy because I had way too much fun with luthier Steve Klein this week.  I had never met the legendary luthier, but had extended an invitation through mutual friend Adam Werner when he said Steve was interested in visiting the Miner Museum.  That was during NAMM weekend in January, where Adam also took Steve over to meet Scott Holloway and Jim Worland at the new Dyer booth.  Steve of course already had experience with harp guitars, but now has a newfound focus, after laying plans with Scott and Jim that began at NAMM.  And here is where I skip through my minuscule museum aisles singing “I know something you don’t know…!”

Scott has already alluded to a special collaborative project between the new Dyer Company and the revered Mr. Klein, and I will let them reveal all in due course.  Suffice it to say that it will be extremely cool.  And yes, there is a Michael Hedges component.  And more.

With his eye for aesthetics and imagination and head for physics, Steve was like a kid in a candy store in my inner sanctum.  Meanwhile, Scott couldn’t put down my recent 19” wide, 8-bass Knutsen. 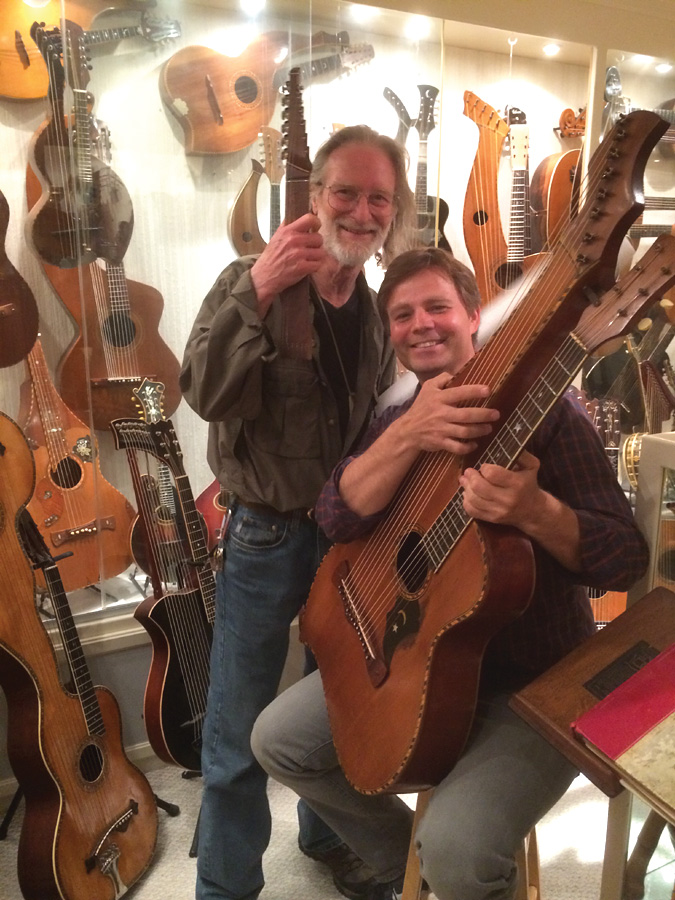 Above, Steve is taunting us with the new head design prototype for the harp guitar and the roll of new blueprints which he shared with me.  What an honor and treat it was to watch him peel back the onion-like layers of top, back, bracing, and other internal craziness.

And here we are having fun examining the impossible Alan Carruth harp guitar. 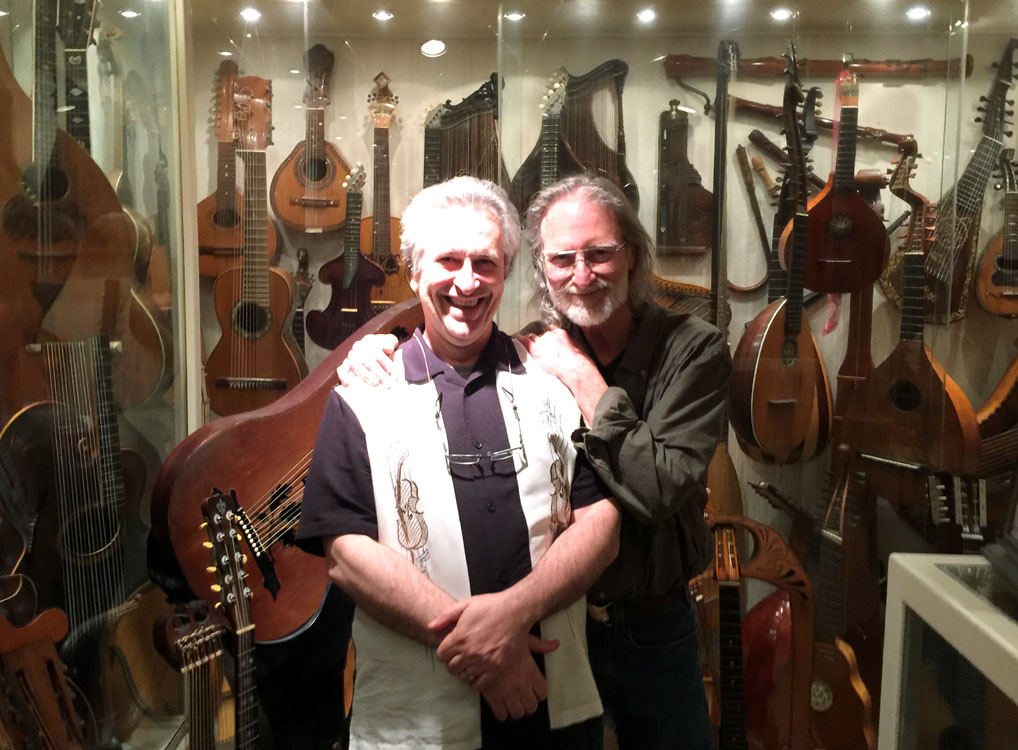 A newfound friend in strings.

A couple nights later, I visited them at Scott’s place to experience the hilarious “pallet harp guitar.”  This was Steve’s response to the experimental Taylor Pallet guitar (made out of wood from a warehouse pallet and two-by-fours).  Steve simply realized that the pallet was perfectly suitable in its raw state! 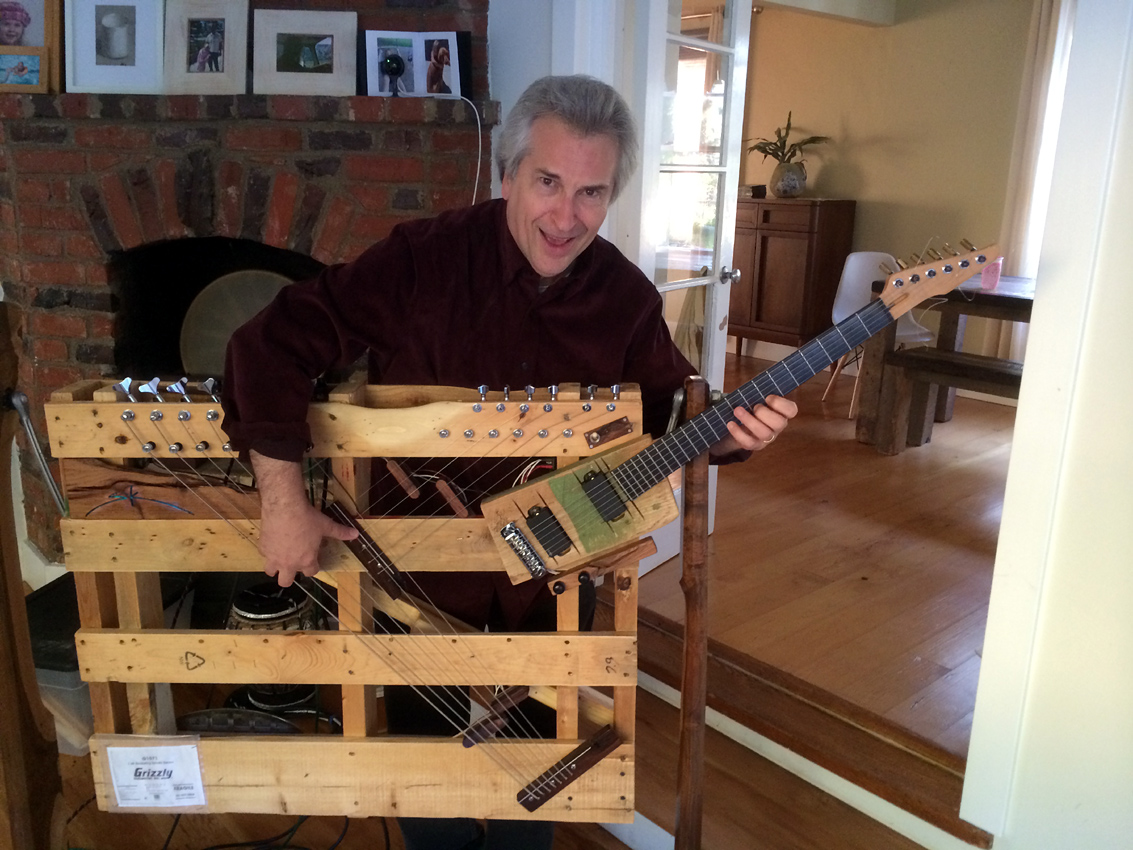 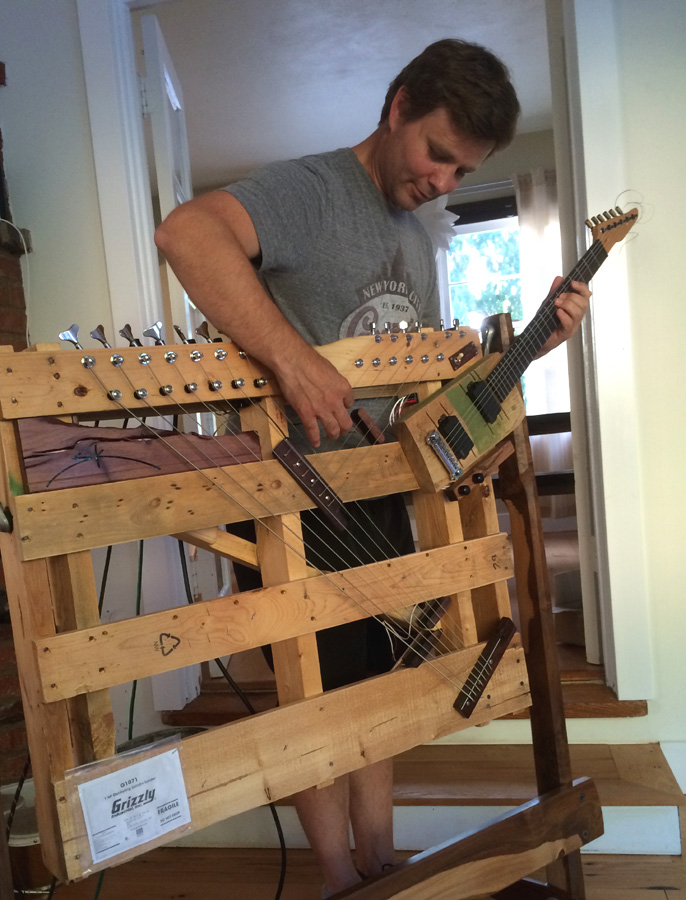 As Steve is known for his aesthetics and ergonomics, this is of course meant to shock…and, with its extra string banks painfully askew, it doesn’t exactly endear itself to the player.  Scott and I struggled with it a bit, he doing much better than I (check out a couple short Instagram clips on his site).  It seemed to work best as a Tim Donahue-style instrument, with the left hand tapping only and the right doing interplay on the six mid/high strings.  A simple 90 degree wrist dislocation and you can throw in bass notes!  I was surprised how beautiful it sounded…so much for tonewood!

Yet another impromptu harp guitar experiment: 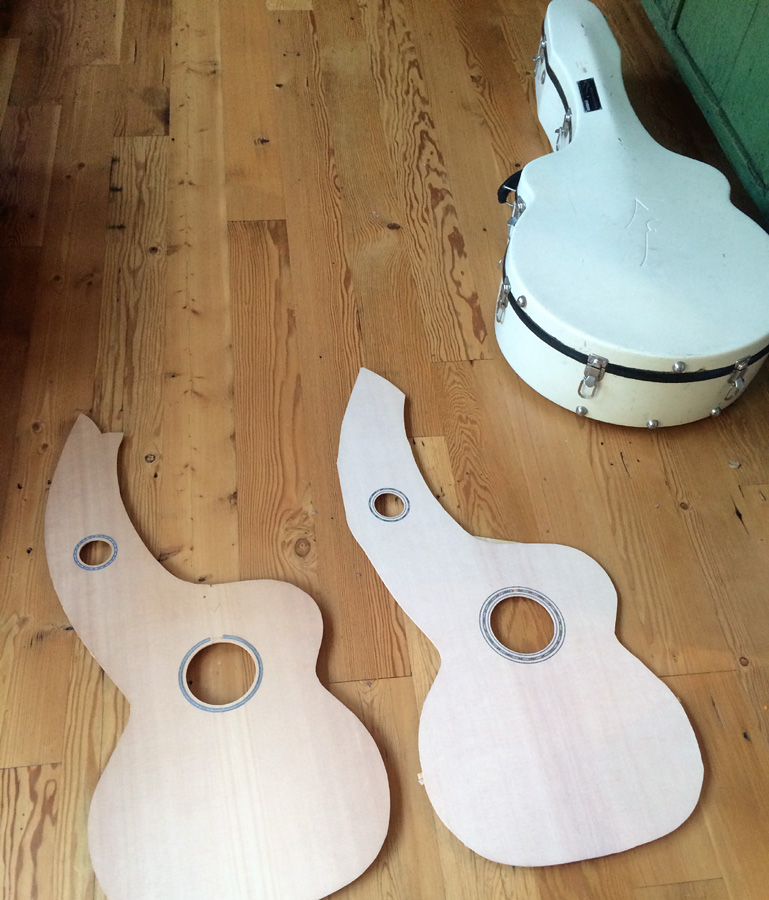 When completed, these two Dyers will look the same from the outside… 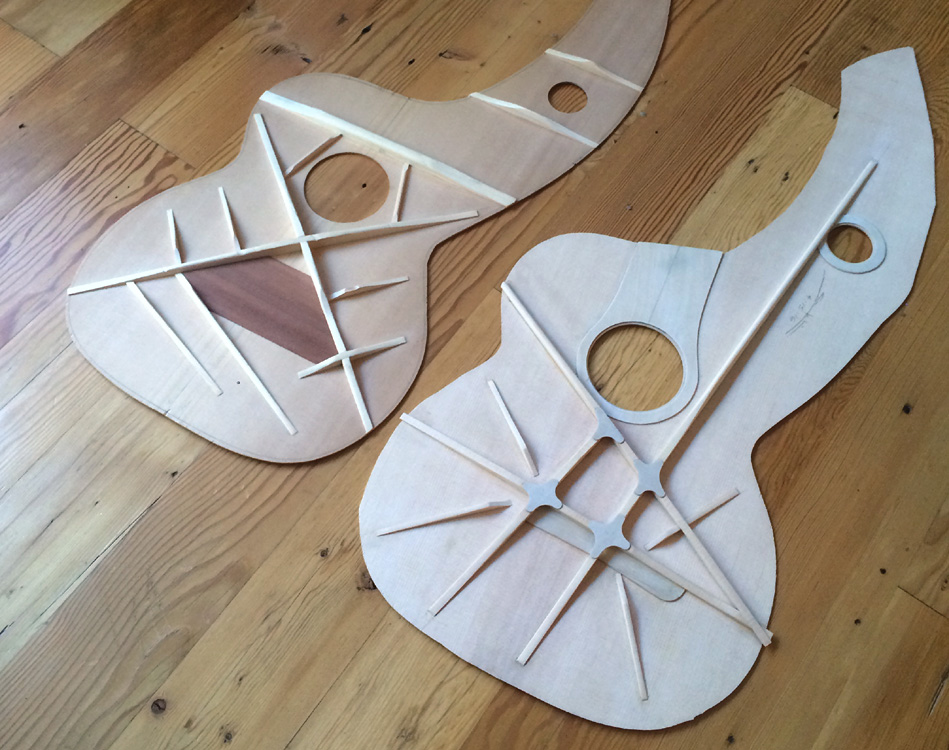 …but will be completely different on the inside!  After analyzing the traditional Dyer bracing (actually, Jim’s modified version, at left), Steve of course immediately brainstormed how it should be done.  He’d already engineered, designed and braced his top (on the right – this was all in the two days since our initial visit).  It’ll have a couple other floating (?) braces once the box is built. I look forward to the A/B test when these are complete!

Oh, and that other little project… 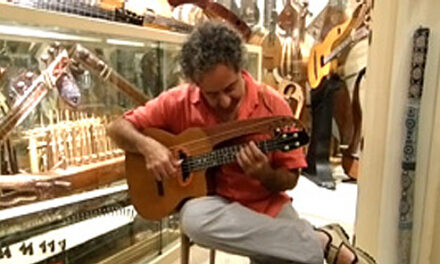 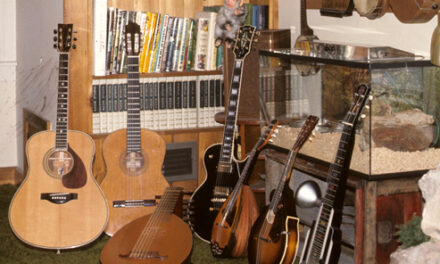