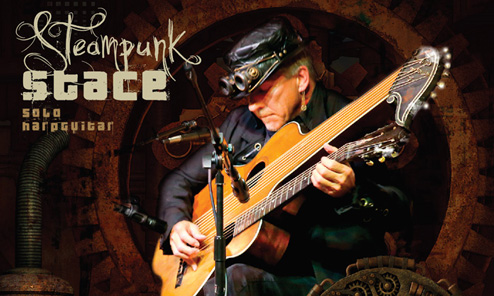 Facebook friends and followers of Emerald Guitars, the Harp Guitar Group or Steampunk Stace (the artist formerly known as Hobbs) have recently been going gaga over the new custom Emerald harp guitar Alistair Hay created for SS, complete with working Steampunk gears (wonder how that’ll record?).  It is definitely a handsome and modern creation (see it on Emerald’s site here), and will give SS a whole new vibe when it’s delivered and he incorporates into his act.

Those curious should come to the Harp Guitar Gathering in October where Steampunk Stace will unveil it live for us – playing a special free lunch hour concert on Saturday (SS is free, not the lunch).

It’s getting so much attention that I wanted to remind folks of Stacy’s original instruments – Dyers, of course, but more specifically, the remarkable Larson patent guitar-within-a-harp guitar.  SS has made a special effort over the last year to honor this rare instrument.

He shared his new two-episode blog with me recently and agreed to let me share with you (they appear to fans when they sign up for his autoresponder email series).  He did a great job, telling the personal story of his history and relationship with the one-of-a-kind instrument (along with Bob Hartman’s, my and others’ involvement).  I think it’s interesting harp guitar history worth archiving.

And, while he’s been waiting patiently for the Emerald, he put the Stahl to good use, building a special show and a brand new CD around it.

Recorded at Kim Person’s and mastered by Bill Wolf – which is as good as it gets – I’m hoping it’s a return to form in a brand new form.

He says official release should be in late Spring, or come pick one up at the Gathering in October! 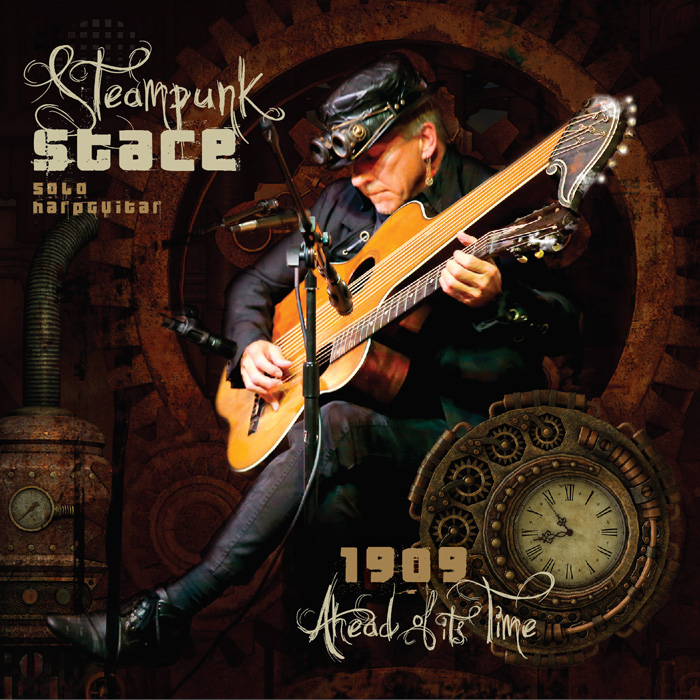 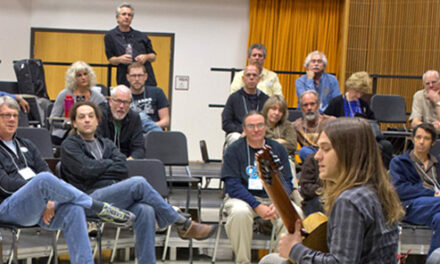 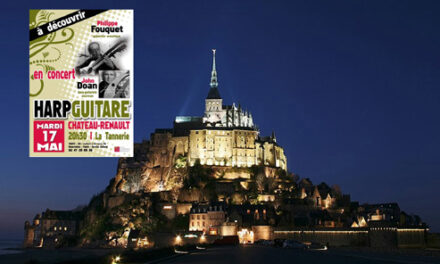 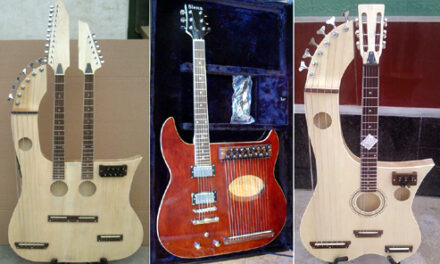 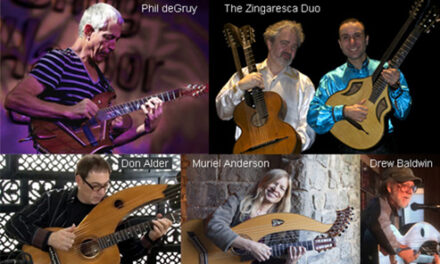